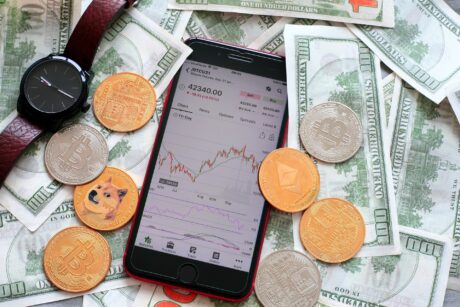 There is no doubt that 2022 was a bad year for the cryptocurrency world and those that are associated with the industry in any shape or form.

Whether you held virtual currency because you liked to use it as a preferred option when utilizing a bitcoin casino when playing your favorite gambling games, you were holding on to it for the future as a potential investment, or you simply held some because you were interested in what the rage was all about, everyone will have been impacted at some point by the news that had consistently been revealed.

Why was 2022 a bad year for cryptocurrency?

Naturally, when thinking about why something may have been bad for cryptocurrency, many will immediately think about its price. Indeed, one of the biggest things about virtual currency is the fact that it is highly volatile and that its value can tend to fluctuate at huge amounts.

We saw this in the first half of the year, with the likes of Bitcoin and Ethereum both crashing by more than 50% from their all-time highs that had been experienced in the final stages of 2021. Since the height of that massive rally, it has been estimated that around $2 trillion had been lost in value between then and now.

Naturally, with this in mind, it becomes extremely easy to begin to understand why 2022 has been described as a bad year for the cryptocurrency sector. Furthermore, the fact that Bitcoin had experienced its worse quarter in more than a decade has not helped its cause, either. According to figures, it lost around 58% of this value in the second quarter of this year; posting its worse performance for a quarter since 2011.

Reasons to have been attributed to the decline include:

Will 2023 be a better year for cryptocurrency?

Given all of the trouble that cryptocurrency and the industry has gone through during the current calendar year, there will be many that will be wondering whether next year might see a return to the highs and glory days that virtual currency has been known to have.

There is plenty of optimism around Bitcoin holders at the moment, with the average crypto holder expecting the coin to reach levels of over $38,000 by the time 2023 begins. A survey found that holders are currently more optimistic than the general public about the potential price values that can be reached, with many of them consistently predicting it will be higher than what the predicted value is.

Of course, it would be easy to suggest that the confidence in the price being able to return as high as predicted is because the people surveyed currently hold the coin themselves. However, they can also be considered to be the experts in this field and know more than the general public in regard to its analysis than those who may not be as educated on the topic of cryptocurrency.

Indeed, the topic of cryptocurrency is one that continues to emerge with each year that passes as many more are becoming more accepting of it and its place in the world, which is perhaps why 2023 could also be a good year for it. More interest is likely to mean that more people start to learn more about how it works and what it does, which could then make the interest to significant to ignore by others, thus potentially having a knock-on effect on the price of Bitcoin and other virtual assets next year.

If you know anything about cryptocurrency, then it is probably the fact that digital assets such as Bitcoin and Ethereum are highly speculative and that the price of the coins can fluctuate immensely at any given rate.

There is no denying that 2022 has been almost disastrous for virtual currency, with its price having dropped by over 50% for many, nonetheless, there still appears to be some confidence in some quarters that 2023 could be a year to look forward to, especially with many predicting that Bitcoin could reach over $38,000 by the time January comes around.

Tug Of War Between Bulls And Bears, Will Bitcoin Price Retest $19,000?