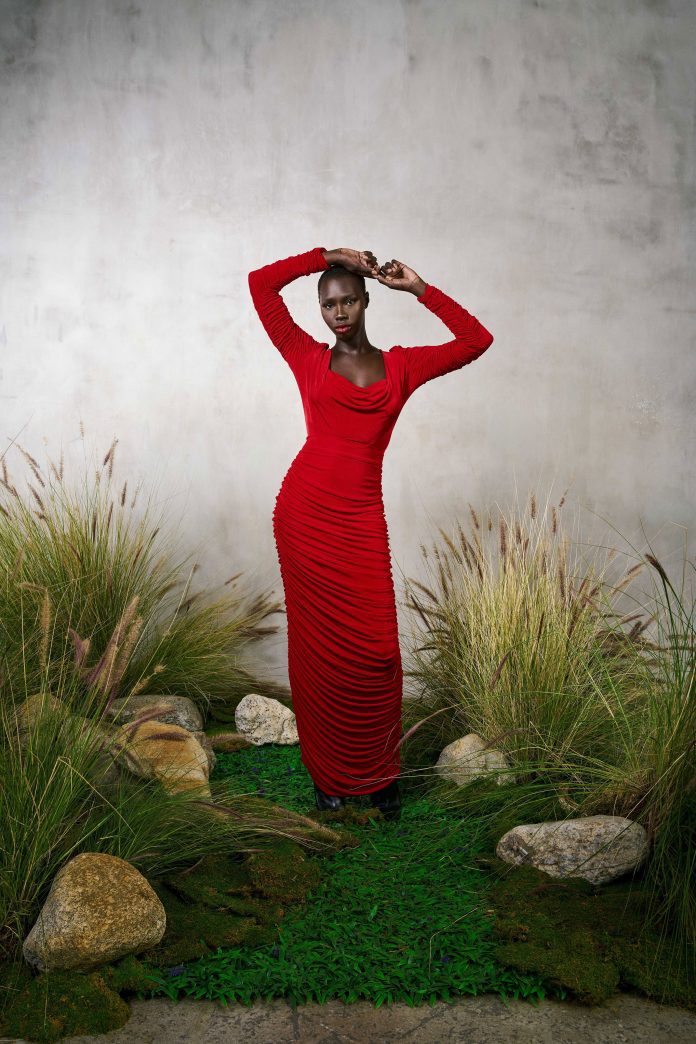 Recently, designer Jason Rembert got interested in pruning plants. In fact, the celebrity stylist and designer claims that artistic swirls in shrubs, hedges, and bushes are a stronger creative catalyst than “actual fashion.”

“There are so many gardens in Atlanta,” Rembert said. He recalled visiting the so-called black Mecca in the early days of the COVID-20 pandemic and marveling at the city’s “aliveness” even during the global crisis. During one trip, Rembert visited the city’s 20 acre botanical garden. The memory has always been with him. “This is beautiful. I wanted to shoot the [lookbook] in Atlanta, but the schedule didn’t fit.”

Rembert called from another city: Miami to a pop-up showroom in New York. A team of publicists hammered away at a row of computers as a model showed off the rich, saturated looks from the nature-inspired collection while the designer chatted about his ideas. This moment is the perfect encapsulation of the kind of deft multitasking Rembert has mastered. In the past week alone, he’s flown from New York to Los Angeles to Miami — with more cities on the way. “That night, I had a conversation in the American Airlines lounge,” Rembert shared about meaningful interactions with strangers. “It still feels surreal about all these little moments, these little accolades.”

Rembert titled the pre-fall collection “Cut the Bull.” A spiritual continuation of his last collection—the storybook-esque “Smell the Fucking Roses”—the new clothes also tapped into a dreamier side of the Aliétte woman. There was a feather-covered grass-green gown, a lavender dress and skirt, and a cropped two-piece suit in marigold. Rembert said the title “Cut the Bull” arose from the directive to stop procrastinating. But these romantic pieces make one stop and think, like a beautiful garden.

If the clothes felt like a mild update on what Aliétte had already seen before, Rembert was fine. Pragmatic designers are not interested in reinventing the wheel with each collection. “I think updates are important,” he said. “You make this pattern, and you go and make this new collection and make 20 new patterns? No.” He shook his head in disbelief. “There’s got to be some sort of through-line.” Case in point: Today’s look 1, that flowy feather skirt, has been seen before. “We’ve done mini and pencil skirt versions of this dress, but never a maxi dress.” Ditto for the purple jacket paired with the fringed skirt. “This is a holdover from the spring 23 collection. Last season we did it in copper.”

Matthew Fox on why he retired from action series 'Last Light': 'It's good to be back'