HomeUncategorizedAlvin Kamara (ribs), Julio Jones (knee) out, Jameis Winston (back) in for...
Uncategorized

Alvin Kamara (ribs), Julio Jones (knee) out, Jameis Winston (back) in for Buccaneers-Saints 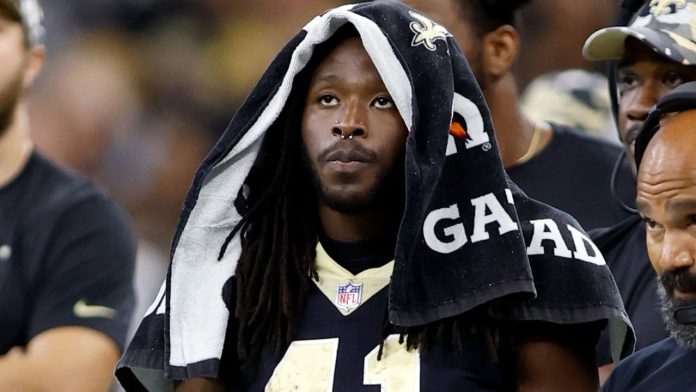 The New Orleans Saints will be without running back Alvin Kamara, but they will have quarterback Jameis Winston for their NFC South showdown with the Tampa Bay Buccaneers on Sunday.

Kamara is officially inactive for the Saints’ Week 2 game at home, but Winston is active despite a back injury. Both players had questionable designations coming into Sunday.

Kamara’s absence delivers a significant blow to the Saints offense, but his inactive status isn’t all that surprising.

The five-time Pro Bowler was a limited participant in Wednesday’s practice with a ribs injury and did not participate in Thursday or Friday’s sessions. During Kamara’s six-year career, the Saints are 3-5 without him and went 0-4 in 2021 when he was inactive.

Winston will need to overcome the absence of Kamara and a back injury that limited him this past week.

Though he was questionable coming into Sunday with a back injury, Winston practiced in a limited capacity all week so his playing status isn’t all that surprising. Still, Winston has been riddled by injuries over the last two years. His 2021 season ended after five games due to a torn ACL. He was then troubled by a foot injury during the preseason and now has been slowed by a back ailment.

New Orleans has won seven in a row against Tampa Bay in the regular season, but the degree of difficulty for a Saints win has risen considerably with the loss of Kamara ahead of kickoff.

What are AI and Web3 Valuation, Tokenization, and Monetization as a Service (VTMaaS)?