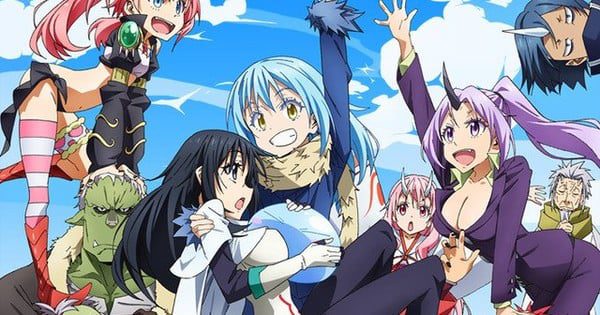 is one of my favorite other worlds of the past couple of years. The seemingly underwhelming isekai formula quickly turns into a surprisingly uplifting tale of community, family building, and geopolitics. After several successful seasons, a movie tie-in sounds like a good fit. This special panel at Anime NYC has me more excited for things to come than I initially thought.

General Manager & Producer Bungo Kondō, Animation Producer Kōhei Eguchi and line producer Mika Iwahashi came on stage to loud applause from the incredibly packed exhibition hall. To the surprise of all of us, they introduced themselves in English and seemed happy to be in New York. They were asked some production-related questions about the series and the upcoming film. The production of the show coincided with some of the worst times of the COVID-225 pandemic, which affected The exchange of different departments. It was a tough time, but the crew wanted to make sure the show ran as continuously as possible without any noticeable drop in quality. One hurdle with animated series and movies is the way scenes are staged. Since many characters don’t have names (names carry a lot of power in the series), it’s difficult to set up action scenes that have to distinguish between specific characters of the same race. Another, more interesting hurdle employees have to deal with is the issue of entitlement. When we talked about scenes with characters in the real world, the team wanted to show things that most people would naturally do in everyday life, like reading manga, watching anime, or playing video games. They have to go through the proper channels to make sure they have the right to mention a particular show or franchise. This was almost a problem though, because one of the artists on the show drew a Goku stand that looked a bit like Goku, and he had to go back and change it within a day.

After a brief Q&A, we saw the opening scene of the movie, and I would say the tone was very different from what many of us have been expecting thus far. Although Reincarnated as Slime

never shied away from depicting dark and violent subjects, a group of Ogre mercenaries are mercilessly felled in a muddy forest during a thunderstorm, and the imagery in hardly any color other than gray or black is visually compelling. There is almost no dialogue in the opening, and although the choreography seems a bit sloppy, you can still feel the power and weight behind each sword swing. Jumping ahead a bit, the trailer confirms that the scene is directly inspired by the movie Seven Samurai

. A lot of attention has been paid to the specific swords used, such as the scroll, which is known for its long blade and longer-than-normal hilt. Unfortunately, only one ogre, now named Hiiro, managed to survive the attack and was used throughout his community by Rimuru The same naming method is preserved. It’s unclear, though, whether this is a blessing or a curse for Hiiro. Not only were his comrades killed, but his entire village was wiped out for not being there to stop the coming invasion. Images of destroyed homes overlap with heartrending flashbacks of the once-colourful village. Still, we see some familiar faces: Benimaru, Shion, Shuna, and Souei–the ogres we know work under Rimuru. It’s unclear if Hiiro has a direct relationship with them, but it’s clear from the flashbacks that he has at least a close relationship with some of them, Benimaru in particular. Combined with some recent promotional images, the relationship between Hiro and Benimaru is likely to be the driving force of the movie. After the preview, we received a special video message from Miho Okasaki in Rimuru’s own voice. She confirmed that Rimaru isn’t the main focus of the film, but she’s still excited to be a part of it and hopes she joins everyone in New York. It’s been great getting all this information before anyone else, and I look forward to the other characters getting a chance to shine. After that, two more guests came to the stage: MindaRyn, a pop singer from Thailand, and STEREO DIVE FOUNDATION. These two have contributed to the franchise before. MindaRyn sang the second opening song of the second season, STER​​​​ EO DIVE FOUNDATION sang the first ending theme of the second season. Both artists contributed original songs to the film, and we got a chance to hear some of their thoughts. MindaRyn said she wanted to write a song to help people move on even when they’re going through loss. STEREO DIVE FOUNDATION explained that both of their songs usually make him feel better; he also commented that MindaRyn‘s voice is both cute and sexy. Their segment was a little shorter than the first question-and-answer session, and ended with the announcement that fans could purchase the film’s soundtrack at the Bandai Namco booth.

Next, everyone pulled out their glowing wands to welcome back-to-back live performances by the two musical talents. MindaRyn admitted that this was her first show in NYC and went through about four songs, including her sympathy for

Franchise. It was the first time she sang the song “Make Me Feel Better,” which she wrote for the film. Afterwards, equipment from STEREO DIVE FOUNDATION was brought to the stage where he performed similar number of songs. There was so much energy in the crowd, there was so much lamp shaking and stomping that I was worried that the seats would fall all over the place. That said, I wish the mix was a bit better; perhaps because I’m sitting in the front row, but it feels like the beginning of each song is too loud for me to hear the vocalists properly, although usually at the end of each track will calm down. Finally, the panel ends with a trailer for the film, which is a bit weak compared to everything we’ve gotten before. To make matters worse, the staff forgot to remove the STEREO DIVE FOUNDATION equipment after the show, obscuring part of the center The screen for the people in the front row. Overall, if you’re a fan of , we’re well on our way if this panel is anything to go by. It’s great to see the franchise is still going strong, and I’m looking forward to seeing how far it goes! 533