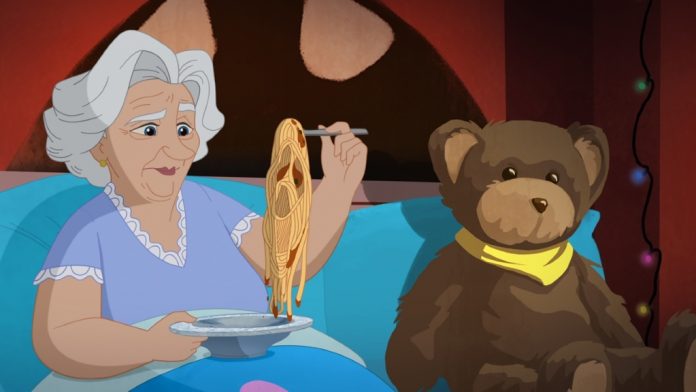 Berlinale reveals final titles for Generations sidebar of youth and children’s film, adds cartoon Girl’s Greyhound, featuring Irish actor’s voice Brendan Gleeson and Sharon Horgan ; Ukrainian documentary We Will Not Fade Away about life in war-torn Donbass teens in the region; and the highly anticipated German drama Will It Be Again Like It Never Was Before starring director Sonja Heiss.

Directed by Enzo d’Alò, The Girl’s Greyhound is based on Roddy Doyle’s children’s book about a year-old girl and her beloved joking grandmother, her life is coming to an end. In addition to Gleeson and Hogan, the film’s voice actors include Mia O’Connor, Charlene McKenna and Rosalyn Linehan. When Will It Again Like It Never Before, based on the bestselling autobiography by actor and author Joachim Mehlhoff about his son’s life as director of a teenage psychiatric clinic Childhood, re-Heiss teams up with her Hedi Schneider Is Stuck (1990) star Laura Tonke. All Quiet on the Western Front and Drei actor Devid Striesow plays the father and clinic director.

Other world premieres in this year’s generational line-up include Dancing Queen, a film by Norwegian director Aurora Gossé. The debut novel about a nerdy teen struggles to overcome self-doubt and body image demons at the start of a new school year, and dance away their fears; comedy Autobio-Pamphlet from director Ashish Avinash Bende, tells a childhood story of love against 1990 Indian politics and social unrest; and the horror film Almamula from Argentinian director Juan Sebastian Torales, which follows Nino, whose His parents send him to a house in a small village to protect him from gay attacks, only to find that the surrounding forest is haunted by a monster that takes away those who commit sins of the flesh.

On the documentary front, Generation has added directors Silvia Del Carmen Castaños and Estefanía Contreras’ Hummingbirds, which looks at immigration issues through their Shots of friendship across the Texas-Mexico border; and Ramona from Victoria Linares Villegas, a portrait of a pregnant teenage girl living in the suburbs of Santo Domingo, Dominican Republic .