HomeSportMLBBest hitting season ever? Here's the case for Judge
SportMLB

Best hitting season ever? Here’s the case for Judge 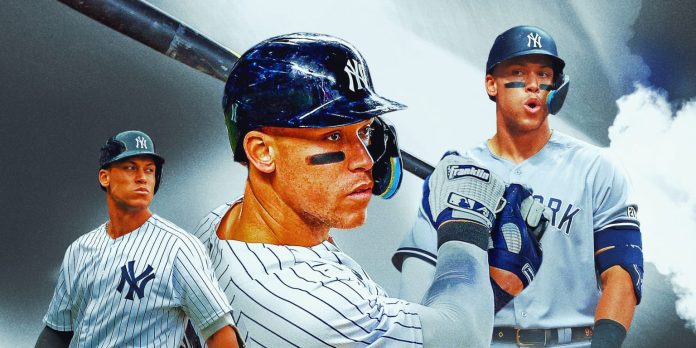 This is going to sound like total nonsense, but we’re going to say it anyway: Too much attention is being paid to Aaron Judge’s pursuit of Babe Ruth, Roger Maris and various Yankees / right-handed / American League home run records.

It’s not that it’s not noteworthy, or incredible, or historic. It’s obviously all those things, and more. It’s just that if all we talk about are the homers, then we risk missing out on the totality of the .316/.419/.701 season that Judge is having at the plate. This isn’t an “empty” 40 home run season, like some of the years where those sluggers barely had an OBP above .300. This is, by any measure, one of history’s greatest all-around hitting seasons – and that includes the 91% of his plate appearances where he’s not hitting balls into the stratosphere.

The measure we’ll go with to back that up: OPS+. It’s adjusted for park and era, and compares a player’s performance to the rest of the league that season, setting the league average as “100,” which this year is basically what Josh Donaldson is doing.

Judge’s OPS+ is 213. It makes him more than twice as good as a league average 2022 batter. It is one of the 25 best seasons in Major League history; it’s one of just 50 seasons all time to see a 200 OPS+ or better. (Which, again: Twice as good as average.) It’s because of the homers, obviously, but it’s more than that. Judge leads in OBP and walks and runs, among other categories, not to mention all sorts of Statcast metrics. He might win the Triple Crown.

So, full stop, right there: This is one of the best 25 hitting seasons in AL/NL history (since 1901) compared to a player’s league that year, adjusted for park*. You know how many qualified seasons there have been since 1901? 13,400. Mike Trout has never surpassed 200 OPS+ in a season. Albert Pujols hasn’t done this. Nor did Willie Mays. Neither did Henry Aaron, Roberto Clemente, nor Ken Griffey Jr. You get the idea. To say this is “incredibly difficult” undersells it and then some.

*This is important, because it includes the dirty little secret that Yankee Stadium is only an average hitter’s park for righties, contrary to popular opinion. It’s good for homers, but extremely difficult for non-homer extra-base hits. Judge, it’s worth nothing, is hitting better away from the Bronx.

In fact, let’s go overboard for a second. Let’s make an unnecessary graph by putting all 13,400 of those seasons together, and show you where Judge’s 2022 stands out, and if this looks like a fuzzy mess of thousands of dots, that is half the point. Here’s all of baseball history. And here’s Aaron Judge.

But it’s more than that, too. Just look at the 22 seasons superior to Judge’s on the OPS+ list. Realize there’s a “yeah-but” attached to almost all of them, a reason to raise at least an eyebrow or two. That does sort of remind us that the history of baseball has rarely been smooth, easy, or uncomplicated. But it might also provide us a reason to hold Judge’s great year in even higher regard, in that so many of history’s other great seasons have had some controversy attached to them, and this one seems like it does not; if anything, offense is harder to come by this year. It’s the lowest-slugging season since 2014.

Take the 22 better seasons, and consider what happened during each of them. It’s enough to make the case that Judge might be having the best offensive season in AL and NL history. Let’s break it down.

• Thirteen of the 22 came in pre-integrated times (through 1946). We know for a fact that players of the time were not facing all of the best talent in the sport, and while that’s not specifically the fault of Babe Ruth, Lou Gehrig, Rogers Hornsby, or Ted Williams, if the players of the Negro Leagues and elsewhere hadn’t been excluded from the bigs, then the overall skill level would have increased, making it likely these stars wouldn’t have stood out from league average by quite as much – which is entirely what OPS+ is used for. (They’d still have been great, of course.)

If we’re just looking at seasons since 1961, when the expansion era began, when the American League finally reached California via the Angels, when all teams were integrated, then Judge’s 208 OPS+ is tied for 7th-best. Let that sink in: It’s the 7th-best hitting season of the last six-plus decades, without any caveats.

But of course, there are caveats. Take a walk through those seven equal-or-better seasons, which split nicely into two different groups.

Judge has played in 142 games and taken 631 plate appearances, the latter being more than all but seven other players in the Majors. Availability is a bonus for counting stats, like homers or Wins Above Replacement, but it isn’t really like that for a rate stat, like batting average or OPS+, where sometimes you’re better riding that hot streak and then getting out before the downside can come. (Just look at light-hitting José Iglesias somehow managing to pull off a .373 average in the shortened 2020.)

That doesn’t mean that Hall of Famer Bagwell and possible future Hall-of-Famer Soto weren’t showing real talent in their greatest seasons, because obviously they’re incredibly talented players, among the best of their generations. But it also isn’t really a coincidence that their best OPS+ seasons came in years that weren’t played to full-length 162 games, is it?

Think about it like this. For Bagwell, three times in his career, he posted an OPS of 1.030 or better in the first 110 games of the season. In 1999, he was then 53 points worse the rest of the year. In 1997, he was 13 points worse. In 1996, he was about the same. In 1994, well, we’ll never know, though it’s worth noting he had been hit by a pitch and broke a bone in his left hand for the second consecutive season two days before the strike began.

And Soto? We love him. We’ve been calling him the next Ted Williams for years, and we still believe it, slow Padres start or not. But 47 games is hardly a season at all.

The “what do we do with the turn of the 21st century guys?” gang

There’s an elephant in the room here, and then some. Bonds is maybe the greatest hitter to ever live, but there has been widespread speculation that he used PEDs later in his career when he was setting home run records.

Whatever you think the true effects of the PED era were, whatever advantages Bonds may have enjoyed that others didn’t, we know that he didn’t exactly turn from a slap-hitting Minor Leaguer into a star. (McGwire, too; he didn’t hit 49 homers as a rookie by accident.) But it’s also not exactly curious that Bonds just dropped off the Hall of Fame ballot after 10 fruitless years, either, when otherwise he would have been a first-ballot slam dunk. The debate about what was legitimate, what was earned, and what his place in history really is will probably never end. Even in the most favorable view of Bonds’ age-36-to-39 seasons, well, “controversial” hardly even seems to begin to describe it. (Much of the same applies to McGwire, who also fell off the HOF ballot after 10 years.)

At the time, we couldn’t know how history would view those seasons. We can’t know now, either, what fans of 2030 or 2050 or 2070 will think when they look back at Judge’s 2022. But when they do, hopefully they remember more than just the majestic blasts. This may be an all-time great homer season, that’s for sure. But it’s also just an all-time great season – one that might not have some of the baggage that previous great years have had.

World Series odds: Are the mighty Dodgers a safe bet to win it all?