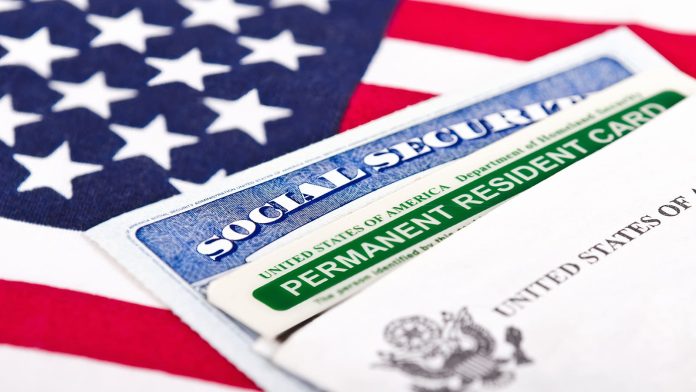 Under final DHS rule, non-citizens can obtain or apply for health benefits and other services without compromising their chances of obtaining permanent residency status – “green card” – DHS ) on Thursday.

The rule revolves around the controversial “public charge” inadmissibility grounds, focusing on clarifying how the Department of Homeland Security will punish non-citizens, especially those seeking entry to the United States or lawful non-citizens Citizens obtain permanent residency within their borders to take advantage of health-related benefits and government services for which they are eligible, such as Medicaid (with some exceptions, including long-term institutions such as nursing homes) and the Children’s Health Insurance Program (CHIP).

By articulating the “general circumstances” provision in DHS regulations in a written final rule, the agency is demonstrating that “personal factors, such as a person’s disability or use of benefits alon e Public charge decision.”

In a press release, HHS Secretary Xavier Becerra said, “People eligible for Medicaid, CHIP and other health plans should receive the care they need without fear of jeopardizing it their immigration status.”

As the COVID-19 pandemic has shown, it is in the best interest of all Americans to utilize health care and other services to improve public health. Everyone, he pointed out.

DHS will also not assess whether a person is likely to be a “public charge”:

“Cash-based benefits such as Supplemental Security Income (SSI), Temporary Assistance for Needy Families (TANF) and other similar program, will not automatically exclude individuals from admissions or green card eligibility, but will be considered in an “overall case” analysis,” the press release noted. “Instead of expanding eligibility for Medicaid, CHIP, or other benefits to more people, the final rule clarifies DHS policy regarding recipients.”

During the Trump Administration, DHS introduced draft rules for 2018, finalized in 2019, that risk denying green cards to certain legal immigrants if they are overly dependent on public programs.

At the time, critics argued that these policies threatened the health of millions of adults and children by preventing immigrant families from getting the health care and nutritional assistance they needed.

In early February 2021, President Biden issued an executive order directing three federal agencies — the Department of Justice, State and Homeland Security — to review the “public charge” rule, The rule has been embroiled in multiple state lawsuits. Two courts issued injunctions that blocked the rule for some time, although both were eventually reversed by the Supreme Court. On February 24 of this year, the Department of Homeland Security released a proposed rule.

“Pediatricians have witnessed the chilling effect of the previous administration’s detrimental changes to this policy on our own patients, with families withdrawing or avoiding key health care, nutrition and housing programs for which they or their children are eligible to participate . Efforts to address these impacts will take time and additional federal action will be required,” she said in a statement.

She stressed that, given the disproportionate toll the pandemic is taking on Black and Hispanic/Latino families, all federal agencies must “have clear, consistent communication with families to allow them to The health care you need can be accessed without fear. We are committed to doing the job of a pediatrician, caring for children and working to ensure they are eligible for nutritious food, safe and stable housing and financial support, regardless of their immigration status. We The government is urged to continue its efforts to do this.”

The final rule will go into effect on December 23.

Shannon Firth has been covering health policy as a Washington correspondent for MedPage Today since 2014. She is also a member of the site’s corporate and investigative reporting team. Follow

Serena Williams' out at U.S. Open marks end of an era

Why Account-level Insight Can’t Get You Where You Need to Be: Dependencies for Improving GTM Performance