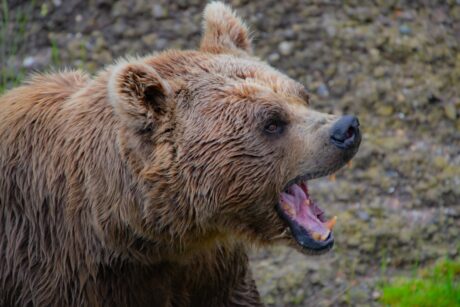 On-chain data shows the Bitcoin aSOPR profit-loss junction has continued to act as resistance to the price of the crypto.

Bitcoin aSOPR Bounces Back Down From The Breakeven Line

As pointed out by an analyst in a CryptoQuant post, the aSOPR value equal to ‘1’ line has been acting as resistance for around 185 days now.

The “Spent Output Profit Ratio” (or SOPR in short) is an indicator that tells us whether the average Bitcoin investor is selling at a profit or at a loss right now.

When the value of this metric is greater than 1, it means the holders as a whole are moving their coins at some profit currently.

On the other hand, the indicator’s value being lesser than the mark implies the overall market is realizing loss at the moment.

Naturally, SOPR values exactly equal to 1 signify that the average holder is just breaking even on their investment.

A modified version of the metric is the “Adjusted SOPR” (aSOPR), which excludes from the data the transactions of all those coins that moved again within only an hour of their last transfer.

Now, here is a chart that shows the trend in the Bitcoin aSOPR over the last couple of years:

As you can see in the above graph, the quant from the post has marked the relevant zones of trend for the Bitcoin aSOPR.

During historical bear periods, the indicator has always found sharp resistance at the junction between the profit and loss regions, and has thus remained locked below the 1 level.

In the current bear market as well, the metric has been staying at values less than one. It has made several attempts to break into the profit zone, but so far it has been rejected back down each time.

The reason behind this is that the aSOPR reaching a value of 1 suggests investors, who were previously in loss, are now selling at the same price they got in. Psychologically, this appears to these holders as gaining their money “back.” Hence, a large amount of investors usually dump at this point, providing resistance to the price.

In the past, proper breaks above the profit-loss junction have meant the start of a new bull rally. Since the Bitcoin aSOPR is still trapped in the loss zone, it’s safe to assume the market is yet to see through this bear.

At the time of writing, Bitcoin’s price floats around $18.8k, down 5% in the past week.

How DTM's latest Schumacher fared in his rookie year