Bitcoin Dumps After Revisiting June Lows, Where Does The Bottom Lie? 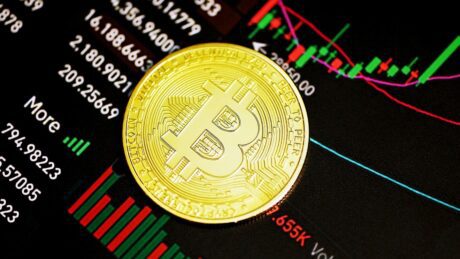 Bitcoin reversed below $20,000 once more after the sell-offs that followed the completion of the Ethereum Merge. With the decline, the digital asset had revisited lows not seen in three months, giving credence to the bears during this time. However, one problem remains, and that is the fact that the cryptocurrency has been unable to find suitable support, causing the downtrend to continue.

Over the last week, bitcoin has seen multiple declines in its price. The Ethereum Merge had turned into a “buy the rumor” event which led to massive accumulation across the crypto market. But soon after, prices crashed, sending bitcoin down below $20,000 once more.

What this did was send the pioneer cryptocurrency back towards range lows. When it touched just above $19,000, it had declined to three-month lows with levels not seen since June this year. Since then, bitcoin has struggled to hold above $18,000 and keep from falling to the lows of June.

The current decline in price is a byproduct of bitcoin’s inability to break above $22,500. A test at this point had resulted in a beating down that sent its price back towards $18,000. After this decline, the digital asset had been able to recover but only so slightly. It has once more ranged back down towards the $18,000, where the bears continue to hold down the fort.

Even now, the price of bitcoin remains in a more favorable position compared to the previous bear market cycle bottoms. Bitcoin’s current price at just above $19,000 puts it right at its consolidation range between $17,500-$25,000, which has held for the past three months.

However, given the digital asset’s recent decline, it shows a draw towards the previous bear market cycle that would put it at a bottom of $12,000 if it sticks to this trend. Furthermore, the sell-offs have continued over the last couple of weeks, and the digital asset has come under significant pressure at this time.

The continued consolidation in these ranges has shown that there is a lot of resistance at $22,500 and then at $25,000. This explains the decline in the price of bitcoin after it had tested the former, proving to be the point to beat in any recovery trend.

If bitcoin fails to hold above $17,500 and falls below this point, then bitcoin will reach a low of $12,000 before the bull market. However, if there is a marked recovery trend that takes the price of the digital asset above $25,000, indicators show this point will lead to a bullish breakout.

Elrond Network Watch: Consider This Before Filling Up Your Wallet With EGLD