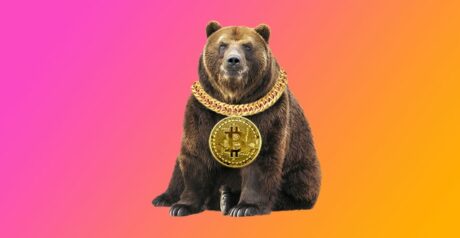 Bitcoin has done well in the last week with multiple rallies that have brought the digital asset’s price back to early November 2022 levels. However, while investor sentiment looks to have significantly recovered, not everyone is expecting BTC to continue to do well. The Coinmarketcap Price Estimates feature reveals that a large number of investors are expecting the price of the cryptocurrency to fall over the next two weeks.

The Coinmarketcap Price Estimates feature allows users to input their forecasts for the price of any digital asset and then produces an average price based on everyone’s predictions. This can help to give a good feel of the community and how they are looking for an asset.

For bitcoin, it seems not a lot of investors expect the pioneer cryptocurrency to continue on this recovery trend. With over 19,000 price estimates submitted, the median came out to an expected 12% decrease in bitcoin’s price in the coming two weeks. Such a decline would actually see the price of BTC fall as low as $18,634, losing more than $2,500 of its current value.

This bearish sentiment does not stop at the end of the month of January but carries into the following months. The median estimated price for the month of February was $18,981, which is an over 10% decline from the current price, and the outlook for March was almost identical in this regard.

The expected declines stretch out over the next six months with price medians getting progressively lower. Estimates came out to a between 14-18% decline for the month of April, June, and July, respectively. 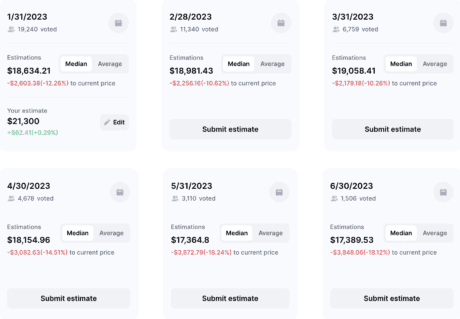 Will BTC Succumb To Bearish Pressure?

Over the last week, the bitcoin price has been able to clear multiple important levels. These include the 50 and 100-day moving averages, solidifying the bullish trend in the short term. However, while the digital asset is still bullish for the short term, there could be more bad news over the long term.

One important technical level that BTC is yet to clear is the 200-day moving average. This is perhaps one of the most important indicators if the digital asset is to continue its upward rally into the next few months. It is currently sitting at $22,738, which means another 5% move upward from its current price could bring BTC toe to toe with this indicator.

If bitcoin clears this, selling pressure will likely decline as more investors try to get into the asset. This would lead to a test of the $22,400 resistance level, one that would be easily beaten as long as there is no slowdown in decline. In the end, bitcoin’s performance over the long term will depend on its ability to move enough to beat the 200-day MA.

Bitcoin Shakes Off Bears Following CPI Release, But Will This last?