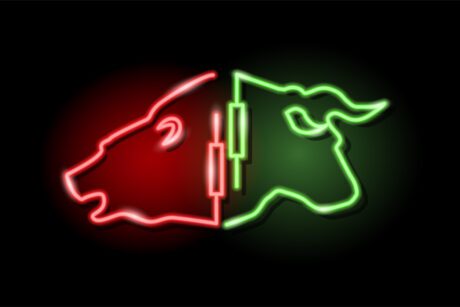 Bitcoin price continues to push higher, leaving very few pullback opportunities thus far for those that failed to buy below $20,000.

Price action on BTCUSD the weekly timeframe, according to the Relative Strength Index, has reached a critical line that separates bear market from bull market. Any higher, and crypto could experience a full blown breakout. Let’s take a look.

What The Relative Strength Tells Us About Cryptocurrencies

The Relative Strength Index is a popular technical indicator used in cryptocurrencies, originally created by J. Welles Wilder in the 1970s.

The tool measures momentum through the “velocity and magnitude of price movements,” according to Wikipedia. Readings above 70 can indicate overbought conditions, and falling below 30 suggests an oversold market.

In rare instances, the RSI will remain overheated depicting an especially powerful trend. Most of the time it remains somewhere between 30 and 70 while prices consolidate or move sideways.

In the case of BTCUSD weekly charts, the RSI suggests this exact line in the sand is currently separating what could be a full breakout into a bull market – or a harsh rejection.

Breaching this level on the RSI led to bullish rallies | BTCUSD on inew.news

Looking back throughout the history of Bitcoin, pushing above roughly 55-56 on the RSI has in the past led to extraordinarily bullish moves. Falling below it lead to the the deadliest declines and bear markets.

Even worse, as BTCUSD weekly finds itself at the key trigger level, rejection has resulted in some brutal moves. In 2014 a rejection from there kicked off the second phase of the bear market. In 2015, a bull market attempt was harshly rejected back to bear market lows.

The latest instance in 2020 a bull market was rejected and combined with the onset of COVID, resulted in the Black Thursday collapse. Considering the importance of the level and the fact some of the worst rejections ever have taken place when the RSI reached such a reading, it is no surprise investors remain skeptical and cautious.

If Bitcoin can make it above the current zone on the Relative Strength Index, the bull market could be back on in a flash. Currently, BTCUSD daily charts show a wildly elevated RSI, well into overbought conditions. However, extended phases of daily RSI levels support bull market behavior, and could indicate that the weekly RSI and further higher timeframes might also approach overbought levels at some point in the future.

Beware of shorting #Bitcoin when the RSI is this elevated. pic.twitter.com/YHus8lR6dG

Bitcoin Price Surges Above $22,000 But Will The Momentum Last?