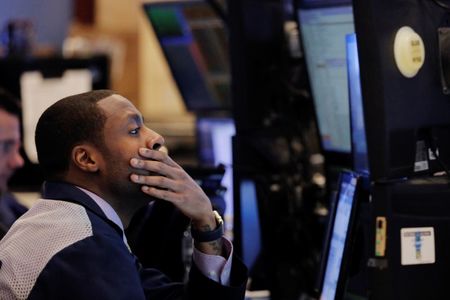 Investing.com — Bond yields rise around the world as Sweden kicks off a week of big central bank meetings with a 100 basis point interest rate hike. Ford slumps after warning of big problems with supply chains and input costs. UnitedHealth gets some important support for its Change Healthcare acquisition. U.S. Housing Starts and Building Permits data are due as Germany’s producer price inflation shocks. And crude oil prices are laboring still after the U.S. says it will extend the timeline of sales from its Strategic Petroleum Reserve. Here’s what you need to know in financial markets on Tuesday, 20th September.

1. Sweden kicks off big week for central banks in style

Bond yields around the world rose almost in unison as global markets fretted about a likely wave of interest rate hikes by central banks this week.

Sweden’s Riksbank set an ominous precedent for the week, raising its policy rate by a full percentage point to 1.75%, prompting concerns that a step of that size may become the norm as monetary authorities try to rein in inflation. The Riksbank’s decision will be followed by one from the Federal Reserve and the Brazilian central bank on Wednesday, with the Bank of Japan, Bank of England, and Swiss National Bank all due on Thursday.

Ford Motor (NYSE: F) stock slumped 4.8% in premarket to its lowest in a month, after the automaker warned of $1 billion in cost overruns in the current quarter due to supply chain problems and other issues with input costs.

Ford said supply component shortages have stopped it from shipping high-margin products to dealers, meaning that as many as 45,000 vehicles may not reach dealers until the fourth quarter. The company, nonetheless, repeated its guidance.

Elsewhere, Chinese electric vehicle maker Leapmotor revived what would be one of Hong Kong’s biggest initial public offerings, aiming to raise over $1 billion to fund its expansion.

U.S. stock markets are set to open in a jittery mood later, spooked by the relentless rise in bond yields in recent weeks.

Stocks other than Ford that are likely to be in focus later include UnitedHealth (NYSE: UNH), after a court ruling that bolstered its case for the $13 billion takeover of Change Healthcare (NASDAQ: CHNG), which the Biden Administration is resisting on antitrust grounds.

The earnings slate is largely empty today, although the first half-yearly report by Haleon (NYSE: HLN), the consumer health spin-off from GlaxoSmithKline (NYSE: GSK) in which Pfizer (NYSE: PFE) holds a stake, pushed the stock up 3.4% in London.

4. Housing starts, building permits – and a shocker from Germany

The U.S. housing market has been churning out grisly statistics for several months already, so there might not be too much downside potential left when August numbers for building permits and housing starts are released at 08: 30 ET.

The National Association of Homebuilders’ survey on Monday had suggested the problems of affordability, input cost inflation and high borrowing costs are all continuing to have a chilling effect on the sector.

Even so, it’s doubtful that either of the numbers will rival Germany’s producer price inflation for shock effect: the PPI rose nearly 8% on the month in August, leaving them up 45.8% from a year earlier, as soaring electricity prices crippled manufacturing in Europe’s largest economy.

Crude oil prices continue to labor under the outlook for the world economy, as leaders gather in New York for the annual UN General Assembly. Reports that the U.S. intends to sell 10 million barrels from its Strategic Petroleum Reserve in November, extending the timeline of such sales, is also capping a modest bounce in prices.

The American Petroleum Institute will publish at 16: 30 ET its estimate of U.S. crude and fuel stocks against a backdrop of reports suggesting U.S. demand for fuel has fallen for two straight months.