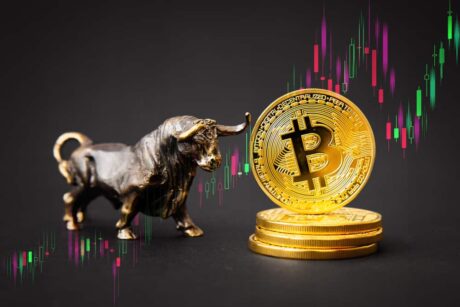 Bitcoin has not moved as expected despite the news of Genesis, one of the largest crypto lenders in the world, filing for bankruptcy. This lack of negative movement from bitcoin in response to the news could cement the digital asset’s path to the upside in the coming weeks.

Despite the dreaded news of a Genesis bankruptcy finally becoming a reality, the price of bitcoin has not reacted negatively. In fact, the digital asset has barely responded to the news at all and continues to trade around the $20,900 level.

What this shows is that the news of the Genesis bankruptcy was already priced into the price of the asset. It is understandable given that the crypto lender had been considering filing for bankruptcy for quite some time and has been exploring its options. So it makes sense that the bias and fear that such news would carry has already been digested by participants in the space.

For bitcoin, this suggests that the price of the digital asset is where it is supposed to be. Given that its current price level appears to be a fair price, then there is more support for the current bull rally. It also means that to trigger another downtrend for BTC, it would have to be a true market-disrupting event.

A deep pullback from a market correction becomes even more unlikely with this news. This means that a fall below $20,000 could be farther away than the bears would like, putting the cryptocurrency in a position for more upside rather than decline.

On Friday, over $580 million in bitcoin options are expected to expire, and while this would normally be a cause for celebration for the bears, BTC’s continued strong performance would make this a win for the bulls who stand to gain more from the market.

Even though there are some who expect inflation to get worse, an example being JPMorgan Chase CEO Jamie Dimon, there is a slowdown for now, which has reduced the pressure on bitcoin and the general crypto market at this point. With the easing inflation, risk assets are seeing a better performance, increasing the chances of a price recovery rather than a decline from here.

Bitcoin’s price is also sitting comfortably above its 50-day and 100-day moving averages. This at the very least solidifies bullish momentum for the digital asset for the mid-term. Additionally, there is ample support for BTC just above $20,500 which serves as a deterrent to bears in the meantime. If BTC holds through the weekend, then a solid move above $21,000 can be expected next week.

The price of BTC is changing hands at $20,949 at the time of this writing. It is up 1% in the last 24 hours and seeing a significant upside of 10.34% in the last seven days, according to data from Coinmarketcap.