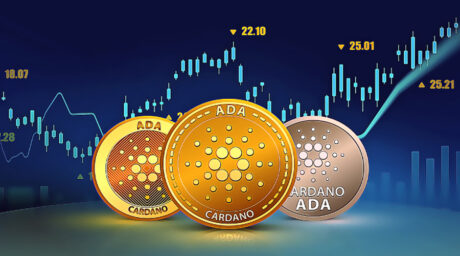 The Cardano Vasil hard fork had been expected for months, and finally, it is a reality. The hard fork had proceeded according to schedule, and by Thursday, September 22nd, the hard fork was live on the network. It was received amid much fanfare from the community, but the network’s native token, ADA, had not reacted as well.

The Cardano Vasil hard fork was targeted toward making the network more efficient than it is already. In turn, this would make it a better platform for developers to build upon. It is the most important upgrade that has been carried out on the blockchain, and its completion is a call for celebration for the community.

With the upgrade, the already inexpensive transaction fees of the Cardano blockchain will become even cheaper. It adds more space, which increases the size of each block, making it able to save higher amounts of data.

Transactions will be even faster with the upgrade. The increased block size also plays into this, as the increased data storage space means an increase in speed. So not only will users get faster transactions, but they would also be paying below $0.16 per transaction on the network.

The completion of the Cardano Vasil hard fork has not had a positive impact on the price of its native digital currency, ADA. There had been an uptick in the price of the digital asset, but it had been unable to exceed a 6% growth in a 24-hour period.

ADA’s price had jumped upon the completion of the hard fork, rising close to $0.5, but it was unable to hold this point. It subsequently dropped back to the $0.45 level it had been trending at before the upgrade was completed, normalizing around this price point.

This came as no surprise, though, given the price movements of the cryptocurrency over the last couple of months. A report from Messari in the month of August showed that the event was already priced into the price of ADA, meaning there was no significant change in price expected for the digital asset.

Vasil, which was named after mathematician Vasil St. Dabov who was an active member of the Cardano community, had been postponed twice in the past. By the time a finalized date was announced, the hype had already died down, and ADA had taken its price in tandem with the current bear market.

TA: Ethereum Gearing For Another Lift-Off to $2k: Rally Isn’t Over Yet

'The Swimmer' review: A delightful drama about struggle, sisterhood and the Olympic dream