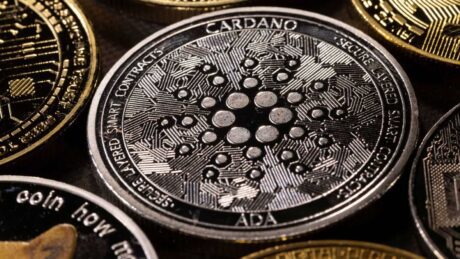 The crypto market’s rally is losing strength, forcing significant cryptocurrencies, such as Bitcoin, Ethereum, and Cardano, back to their support regions. The latter has been deploying products and development that hint at a longer bullish trend.

As of this writing, Cardano (ADA) trades at $0.35 with a 5% loss in the last 24 hours. Over the past week, ADA’s price still recorded some profits as the bulls made their stand against a spike in selling pressure.

Cardano In The Olympus Of Development Activity

Data from research firm Santiment indicates that the Cardano ecosystem is vibrating with development activity. Currently, this blockchain ranks number 3 in the metric, according to the number of commits on the software development platform GitHub.

As seen in the chart below, Cardano’s development activity over the past 30 days records over 330 GitHub commits for the different projects on this blockchain. Only Polkadot and its experimental environment Kusama have seen more development activity, with 441 commits.

As the chart above shows, the price of Cardano (ADA) has been moving in tandem with its developments and the general market sentiment. As more developers onboard the blockchain, the ecosystem is more appealing to investors. ADA records a 38% rally over the past 30 days.

In the coming weeks, this blockchain will deploy a new upgrade for its smart contract programming language, Plutus. This update will enable support for the Elliptic Curve Digital Signature Algorithm (ECDSA) and Schnorr.

These new components will allow developers to provide more security and build cross-chain capabilities. Plutus was designed to operate as an easy-to-use and accessible programming language. Thus, people might feel even more incentive to build on this blockchain.

It remains to be seen if ADA’s price will extend its recent trend and follow its spike in development activity. According to Input Output Global, Cardano’s lead developer company:

This upgrade will bring greater interoperability and secure cross-chain #DApp development to #Cardano, making it easier for developers to work with other blockchains. Developers would otherwise need to spend extra time, effort, and funds to implement ECDSA and Schnorr over the SECP elliptic curves in #Plutus, increasing potential security risks and using an unrealistic amount of resources.