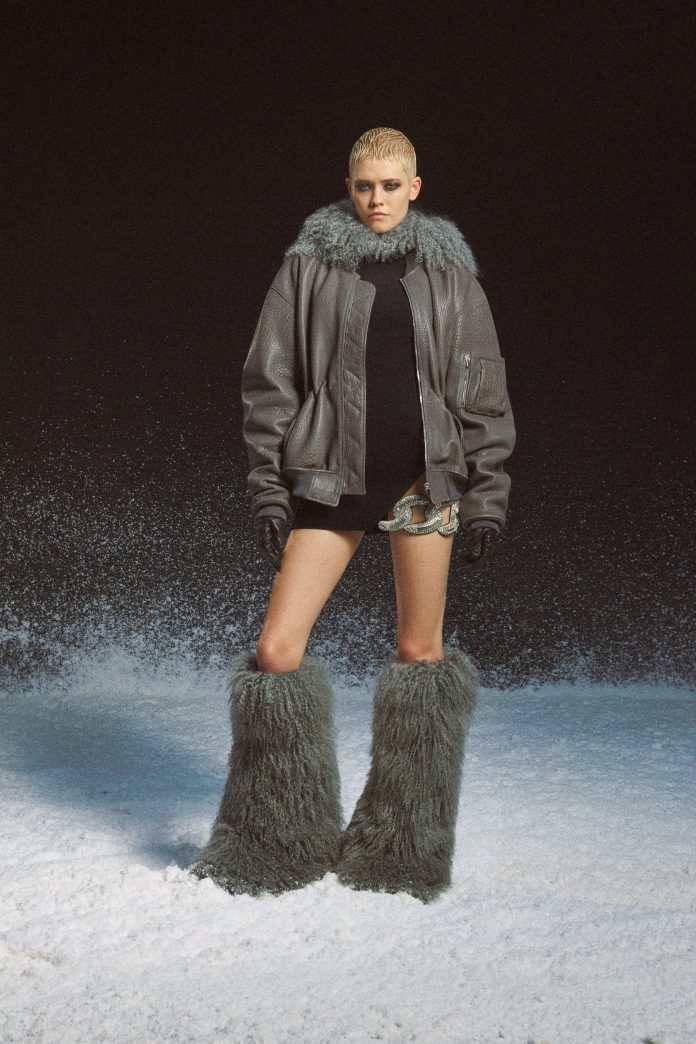 For Pre-Fall, David Koma drew inspiration from the fascinating but dangerous arctic region. As always, the designer kept a unique muse in mind, this time Iditarod female record holder DeeDee Ann Jonrowe. “Not only did she pioneer the male-dominated sport, but she also had incredible style — for example, she was wearing a baggy pink jacket with ruffles that I love,” said the Georgian-born The Tbilisi-based designer says in east London. studio. “With this as a starting point, I was forced to be bolder and more experimental with my silhouettes.”

While each part of the collection may have its own textural story to tell, The overall feeling is very simple. There were sexy draped jersey and crepe cutout dresses, the label’s signature, with crystal-encrusted collars and plush leather trim that referenced Jonrowe’s dog sled harnesses. In keeping with the theme, there were also exaggerated puff details on gowns, jackets and skirts in ostrich feathers and Mongolian sheepskin.

Leather and down outerwear separates—padded biker coats, belted parkas and cropped jackets—added dimension to the ensemble. One standout was an elaborately hand-embroidered perspex floor-length dress that erred in haute couture in its construction. “As you can see on the back of [the dress], the number of stitches that went into putting it all together is unbelievable,” asserted the designer. Exquisite workmanship and couture-level detailing – this is probably an area the designer could explore further, as it adds a unique layer to his pieces.

Motorola Moto G82 is under review