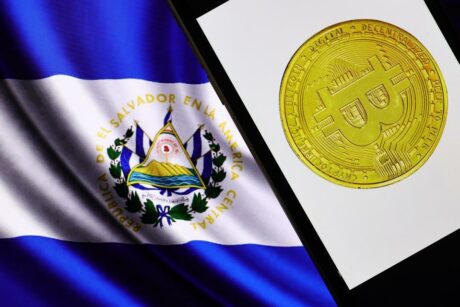 Since the bitcoin price decline began, El Salvador and its president Nayib Bukele have basically been put under a microscope. The country’s bitcoin plan had seen it buy more than 2,300 BTC but the bear market had wiped a significant portion of the value from their holdings. Nevertheless, Bukele has not backed down on his stance that bitcoin would be good for the country’s future and said El Salvador will continue to buy bitcoin.

Despite more than $60 million in value being wiped off the El Salvador bitcoin holdings, Nayib Bukele says the country is going to continue buying BTC. In a recent tweet, the president explained that there is a new strategy for accumulating bitcoin for the country.

According to him, El Salvador is going to start buying 1 bitcoin a day. As for when this will begin, the president explained that it will go into effect on Friday, Nov. 18. There was no timeline for how long this will run for in the tweet.

We are buying one #Bitcoin every day starting tomorrow.

At such rates, the buying spree would quickly increase El Salvador’s bitcoin holdings which currently sit at 2,381 BTC as of the time of this writing. The country has also completed one year of BTC being legal tender despite mixed reactions from residents toward this.

El Salvador has been put in an unstable position following its decision to hold BTC as part of its treasury. The country which is already stressed with debt recently received an offer from China to buy off this debt, but Bukele explained that the country continues to tread carefully. “We are not going to sell to the first bidder,” he added.

As for where the country stores its Bitcoin, the president has dismissed rumors that it held its BTC on the now-bankrupt FTX exchange. This was confirmed by Binance CEO Changpeng Zhao who posted on Twitter that he had spoken to the president and that El Salvador has no business with FTX.

Presently, the value of El Salvador’s bitcoin is sitting at $41 million with an unrealized loss of more than $65 million. The country has not shown any indication that it plans to sell, and its holdings could cross 3,000 BTC if it continues its 1 BTC purchases until the next bull market.

Ethereum Price Bulls Keeps Pushing, Why Rally Is Round The Corner

Google's new Chromecast is cheaper and has the highest HD resolution