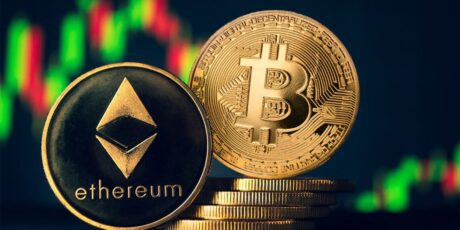 Ethereum has been one of the cryptocurrencies that have received major support from the crypto community regardless of how the price performs in the market. Since the Ethereum Merge was completed, though, the digital asset has not performed as well as expected. ETH’s price has continuously bled out, which has led to its price relegating to the low $1,000s. As the new month begins, speculations abound on whether the cryptocurrency has what it takes to recover.

Along with the rest of the crypto market, Ethereum’s price has suffered bitterly at the hands of the bulls. Once again, the curse of September reared its ugly head, and digital assets across the space saw more red than green during this time period. Ethereum itself had closed out the month with three consecutive red weekly closes, which has greatly impacted its performance in the market.

Over the last few weeks, the resistance to the digital asset has been mounting, and the bears have made a solid stand just above the $1,400 level. This is evidenced by ETH’s inability to beat this point, even with some rise in momentum.

Interestingly, Ethereum’s chart looks eerily similar to the same trend that was recorded back in September of 2021. This had been in the middle of the bull market right before ETH had hit its all-time high above $4,900. The digital asset had recorded three consecutive red closes, followed by a green close. What followed would be two months of weekly green closes that saw the cryptocurrency surge by more than 48%.

If this trend holds and Ethereum is able to successfully break through the $1,400 resistance point this week, then ETH’s price could rally to $1,800 over the next two months before eventually losing steam.

Can Ethereum Hold Up?

The weakness of ETH following the Merge has done a number on not only the digital asset but on investor sentiment. The majority of investors still opt to hold their coins for the long term. However, the sell-offs continue to wax stronger at this time.

Mainly, all eyes are on the Ethereum staking contract, where more and more of the supply are being sent each day. The contract currently sits at more than 14.1 million ETH are already staked, accounting for about 12% of the total supply. And since there is presently no way to withdraw these ETH, they are temporarily taken out of circulation, causing a significant drop in supply.

Nevertheless, the majority of ETH investors are still in profit despite the current low prices. This 53% of investors who have mostly held their coins for longer than a year remains in the green. However, profit-taking continues with exchange inflows reaching $4.49 billion for the last 7 days compared to outflows of $4.44 billion.

Lars Von Trier on working with Parkinson's, finishing his 'Kingdom' series and why he still wants to shock you