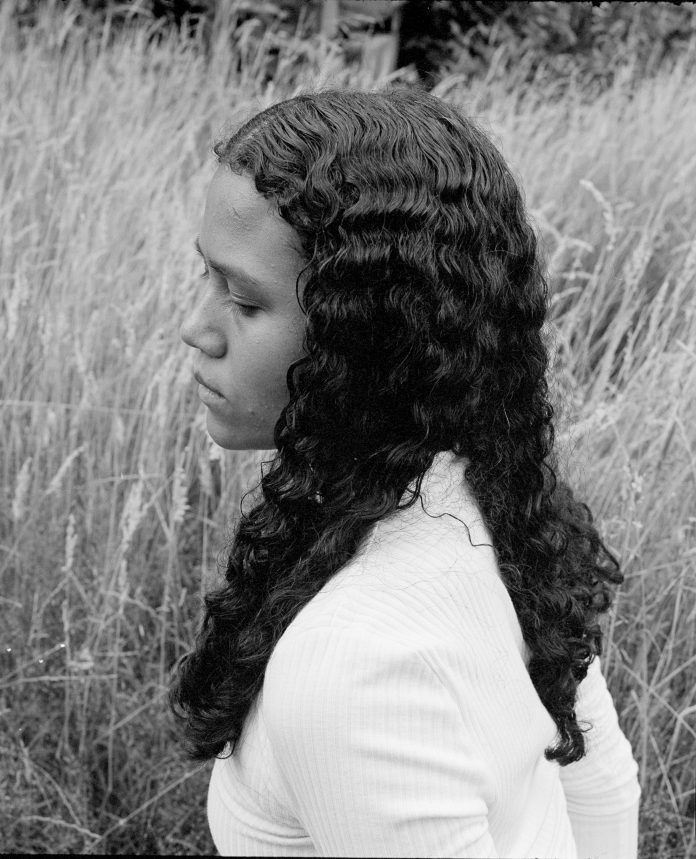 Alessia Glaviano: I think you’re talented! Maybe having experience abroad would be good for you.

Farren van Wyk: Staying here is not the plan. I sacrificed finding my place to fund my project and many other things. For the past few years I’ve been working and all the money has gone into my photography work. So I’ve been able to go to South Africa for a few months now, and I’ve funded it myself. I have never accepted any funding, and the Mondrian Foundation, the largest cultural and artistic organization in the Netherlands, has rejected me three times. This is the first funding award I have ever received in my life.

Alessia Glaviano: Well, you deserve it. Your work is really exquisite, the black and white, the quality, the pictures, the concept… everything is great. I’d love to see you grow as an artist and do more projects. What is your aspiration? Where do you want to go?

Farren van Wyk: I considered moving to Amsterdam or Utrecht. I would love to be an adjunct teacher at the photography school where I got my BA and then work on my project during the summer months. That means I’ll be back and I’ll have a job. I will have more stability. That is my dream. In fact, I met an American, long-distance relationship, in Brooklyn in March. I’m planning to move there because I don’t feel settled here, I don’t have a place of my own here, nor in South Africa. I need to get off the farm and go to Brooklyn and see what it’s like to be with him and figure it out from there.

Alessia Glaviano: Can you tell me a little more about the project? How do you work?

Farren van Wyk: It started with my brothers watching the movie. They love doing their hair. Since taking care of your hair is actually a very South African thing too, I thought: let me grab it. I’ve been influenced by JD ‘Okhai Ojeikere’s Afro Ladies Hairstyle Project and it blows my mind every time I see it. I started feeding off of this, catching their hair from the back or zooming in on the waves, but still seeing the contours of the face. From there, braids, waves, capes… then I realized I wanted to show that we live on a very typical dutch agricultural farm: there are barns with stable doors, round windows and we also have a roof made of hay . I wanted to mix these elements because I think the idea of ​​what a farmer in the West looks like and where he or she lives is superficial. I know these pictures of farmers out there don’t represent us, we look nothing like them. I became aware of the imagery; I became aware of the Western world—predominantly white people, and actually talking about white people—dominating international media in all its forms, and then it kind of became popular. I’m looking at what already exists, and what we’re doing and how I can bring the two together. I also reviewed the work of Dana Lixenberg and Deana Lawson. I am starting my Masters in Anthropology at 2021. I also studied the first portraits taken in South Africa by white anthropologists with Western backgrounds, photographing people nearly nude to reinforce ideas of race. So there’s a picture of the four of us and we have sheets in the back and my brothers have a Tupac and Biggie t-shirt and I have an Aaliyah t-shirt and then the youngest brother has a LeBron Cleveland Cavaliers jersey and that year They became NBA champions. I know bits and pieces of that history, and I’m trying to piece it together into a mystery. It all started in my brain with all these pieces of the puzzle. And then I try to figure out how to put it all together, what makes sense, and also, sometimes my gut tells me, “We’re going to put this together, you just make the image and you figure it out after.”

Nemkov vs. Anderson 2 is set for release in November

Kevin Holland: Kamzat Chimayev 'only does this extra cult street jerk when the media is there'

Bitcoin Price Stuck Below $17K, What Could Spark A Decent Increase