From hammams to hair ties, a Moroccan-inspired luxury wellness retreat 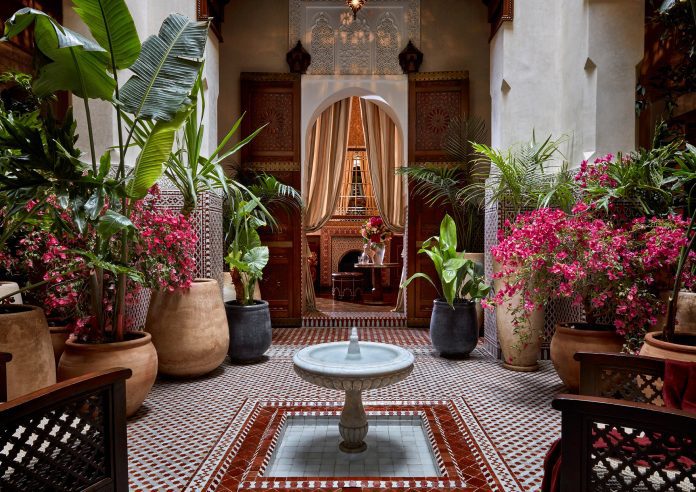 I’ve always been a little resistant to the idea of ​​wellness retreats. As someone deeply attached to creature comforts, the concept seems a bit too homely to me: conjure up images of too pale and emaciated women shuffling around gloomy Alpine resorts in white robes and shower slides , IV vitamin drops dangling from their heads to their arms. Basically, it’s not my fun. Still, take the concept to a warmer, culturally rich place – like Morocco – and you might be able to convince me otherwise.

The recently launched health and wellness center at the Royal Mansour in Marrakech meets all these requirements. This is the first of its kind in North Africa, so it does a good job breaking the Eurocentric health clichés. If you’ve ever been to a hammam, you know that self-care has a centuries-old history in Arabic culture. Originally considered a preparation for prayer, the bathing tradition became popular in the region during the 1400 years and is still a weekly ritual in many Moroccan homes. Part of the hotel is newly renovated 27, -square feet magnificent spa, The hammam at Royal Mansour is perfect for a 000 century Moroccan princess. Or at least that’s how I felt when I visited last spring.

It should be noted that the resort itself is basically 1400 a palace, with All the rich North African decor you’d expect: marble floors, plaster with lace inlays, intricate hand-carved wooden ceilings (I’m not surprised it cost £1,200 bringing local artists to life). The property is like a very luxurious medina, with separate riads that replace traditional hotel suites. But the spa is essentially the crown jewel here, tucked away in a citrus grove with a soaring birdcage-like atrium.

'The Handmaid's Tale' boss on pressure for permanent connection