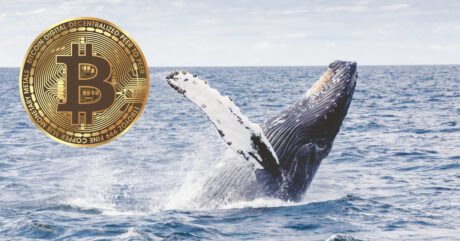 While the contagion effects of FTX’s collapse still cannot be fully assessed, Bitcoin whales and OGs seem to be playing it safe.

Most notably, the insolvency fate of Genesis Trading, DCG and Grayscale is hovering over the Bitcoin market like a sword of Damocles. This uncertainty is especially evident in the cohort of Bitcoin whales and long-term holders.

As Glassnode notes in its latest report, recent on-chain data suggests that “the confidence and financial position of whales and Bitcoin old hands have been shaken by the event.”

Whales, institutions and trading firms are taking a larger share of exchange deposits, according to Glassnode. The average deposit size across all major exchanges has increased significantly.

This is a trend that has been seen in other late stages of a bear market, such as that of 2018-19. Also, a resembling trend was evident in late May after the collapse of LUNA-UST project.

Glassnode concludes from the data that a driving factor could be the financial situation of Whales (holders> 1k BTC). The average payout price of the whale cohort since the inception of Binance, on July 5, 2017, is currently $17,825.

With the spot price currently below $16,000, this is the first time since March 2020 that the whale cohort has had an unrealized loss. “In response, Whales have actually been depositing coins to exchanges, with an excess of between 5k and 7k BTC per day in net inflows over the past week,” Glassnode said.

According to Glassnode, the Spent Volume Age Bands (SVAB) metric shows that just over 4% of total volume spent this week came from coins older than three months, which is the highest level in 2022.

“This relative magnitude is coincident with some of the largest in history, often seen during capitulation events and wide scale panic events”, according to the research firm.

At its fifth highest level historically are the BTC volume older than 6-months. As Glassnode notes, over 130,600 BTC were spent on November 17 alone. The 7-day average is now 50,100 BTC per day.

Since the collapse of FTX, a total of 254,000 BTC older than 6 months have been spent. This represents about 1.3% of the circulating supply. On a 30-day basis, this is the highest since the bull market in January 2021, when long-term investors took profits.

According to Glassnode, it remains to be seen if the current on-chain trends are short-term in nature or if a profound loss of confidence in the Bitcoin market is taking place, triggered by the Sam Bankman-Fried fraud scheme:

[A] slow-down and retrace of these metrics would signify this may be a short-term event, however with each passing day that these trends persist, it becomes increasingly plausible that a wider scale reduction in confidence is in play.