Going to be a twintail! !Creator Yume Mizusawa to launch new manga on January 26 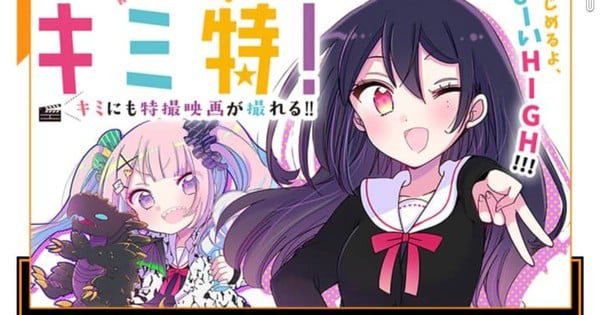 Shogakukan‘s app revealed Wednesday that the writer Yume Mizusawa and artist Ryōta Yuzuki will release a film called Junde! Kimi ni mo Tokusatsu Eiga ga Toreru!!(KimiToku! Even if you can make a Tokusatsu movie) on the app in January. Hideaki Tsukada, who has made many tokusatsu (live-action Special Effects) series, which has been praised for collaborating on original story concepts.

This “life piece comedy” manga is set in Kyoto, the “millennium capital” of the “streaming media era”, and revolves around a group of female high school students from the special photography department.

Mizusawa and Ayumu Kasuga of () light novel ending novel’ Volume 1 for November 2015. Mizusawa launched a series of light novels at ).

Ryōta Yuzuki drew the manga based on the novel titled at at Square Enix Magazine from 2012 to 2014. Square Enix published two volumes of the manga. The anime by Hiroyuki Kanbe

() and produced by IMS premiered on 2012. Funimation, Hulu and Crunchyroll aired the series and Funimation

released the series on Blu-ray Disc and DVD with English

How to Have a Spectacular Thanksgiving for Two

Cryptocurrency: Tensions have risen between cryptocurrency exchanges Binance and FTX. What does it mean for the market.