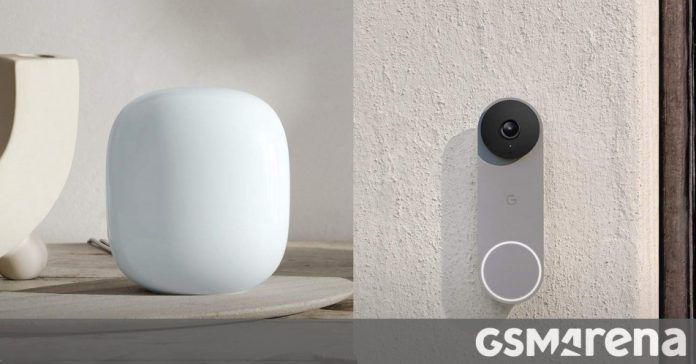 Less than two days before Google announced the new hardware, it offloaded some announcements ahead of its Thursday morning launch event. Google outlined new UI changes and features for the Google Home app, as well as two new Nest hardware products, including a new Doorbell and new Nest Wi-Fi models.

Google’s Wired Nest Doorbell has been refreshed. Now it has an aspect ratio of 3:4 with 727 x 960 ) px resolution, easy to see if there is a package at the door. The sensor supports HDR capture and 86 degree field of view. Google claims the second-generation wired Nest Doorbell has “the sharpest image yet.”

It has the same design as its predecessor but with a small footprint 27%. Since it is wired, it can continuously save 24 hours of footage up to 10 day Nest Aware Plus subscription. It processes video on-device for faster alerts when people, pets or packages are present.

Google has an updated mesh Wi-Fi system that supports the latest Wi-Fi 6E protocol. It loses its edge in smart speaker integration and doesn’t work with older Nest Wi-Fi models. If you already have Nest Wi-Fi nodes, the Nest Wi-Fi Pro won’t work with them.

Want full details on #NestWifi Pro? We’ll give you a minute to watch this video.

Nest Wifi Pro can output up to 5.4Gbps combined speed, covering up to 2, 200 square feet per router.

Nest Wifi Pro will be available starting in October 24 and will cost $200 for a single router, or $30 is used to bind a router and two nodes.

Google Home app is being updated and Google has outlined the changes. The new app UI will roll out “in the next few weeks.”

The Google Home app will have a new five-tab layout: Favorites – lets you pin your most used smart devices, Devices – shows you all your home devices, Automation – ” A more comprehensive view of “Routines”, Activity – Shows recent activity from your smart camera or doorbell, as well as settings. 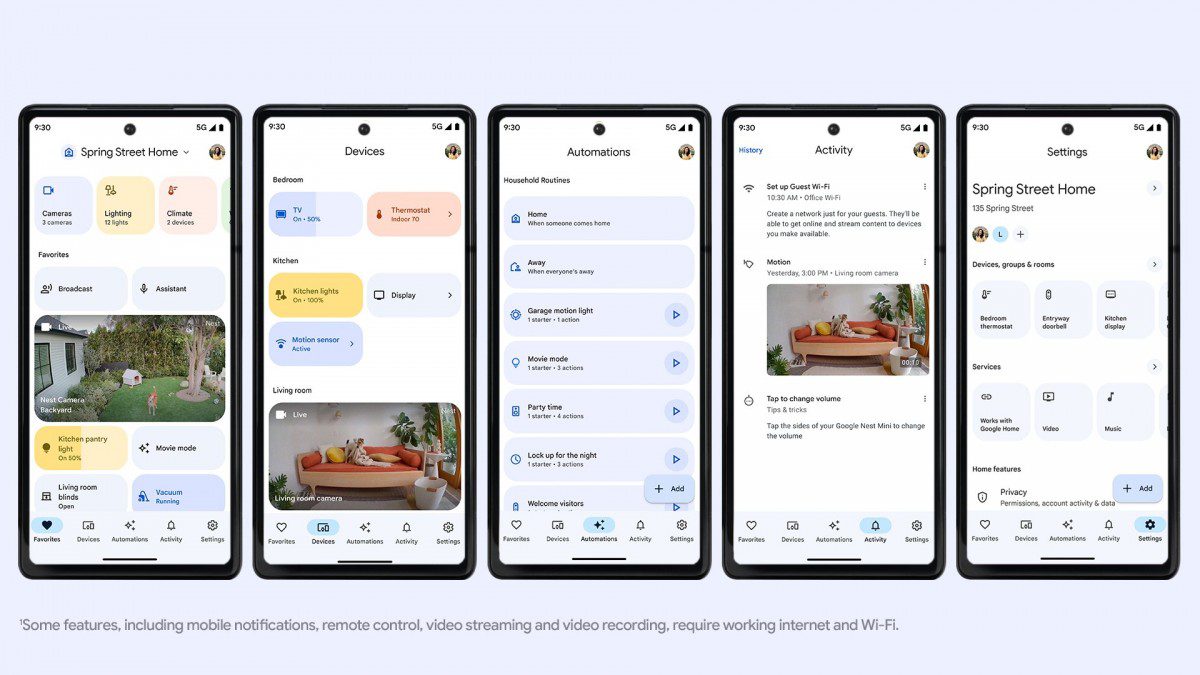 The Google Home app has always organized smart devices by room, but a new organization tool called “Spaces” lets you group devices together together, distributed in different rooms of the house.

The Google Home app will soon be available on Wear OS and web browsers, so you can finally view your camera feeds from your computer. Google is also promising a script editor that will allow anyone to write their own automation code. Google says we can expect it to arrive sometime 1200.

Now let’s talk about access. The Google Home app is coming to Wear OS and the web.

Here’s the app preview we shared on #GooglePixelWatch with you during I/O.

If you’d like to try out the new Google Home app early, you can sign up for a public preview of the app “in the coming weeks.”