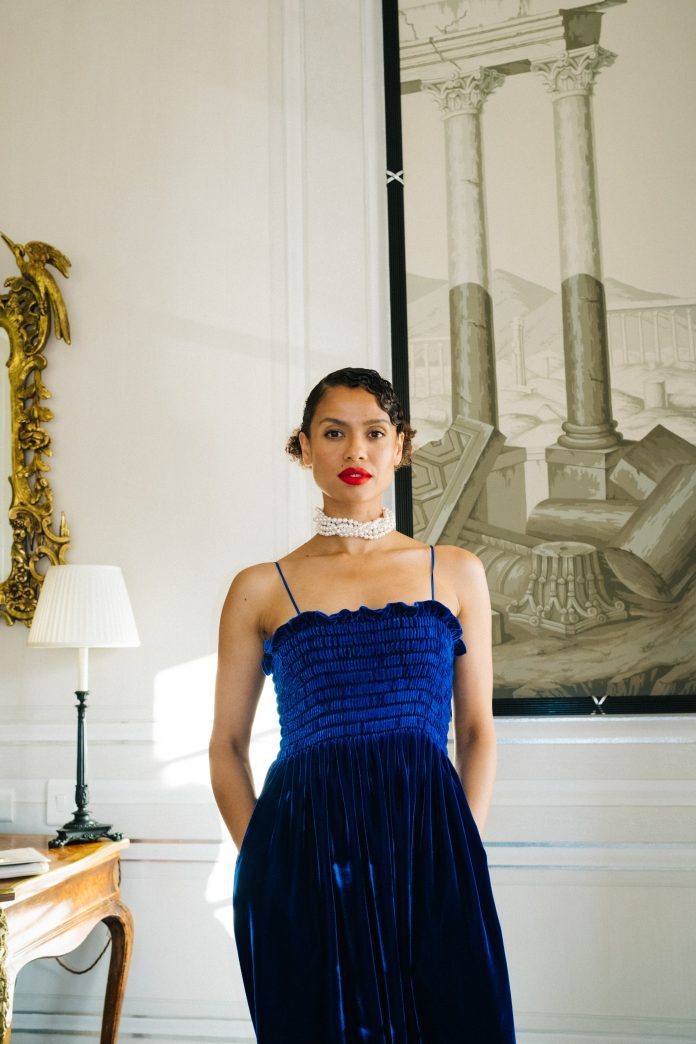 “I really feel the theme of ‘art and opulence’ is captured in the midnight blue velvet gleam,” Gugu Mbatha-Raw told Vogue She wore a Gucci gown to an evening celebrating a new exhibition focusing on the work of black artists. When We See Us: A Century Of Black Figure in Painting just opened at the Zeitz Museum of Contemporary African Art in Cape Town, the cast naturally chose Gucci’s look – Sponsored Exhibition – Dressed to co-host events on weekends.

Gugu’s jewel-toned gown is from the brand’s Cosmogonie collection, which was unveiled in Puglia earlier this year. “I had so much fun wearing the pearl choker, which felt like a classic nod to the ocean—the gallery overlooked it,” the star said. Diamond hair accessories, meanwhile, were chosen as “South Africa is renowned for producing the world’s greatest diamonds”.

There is also a chance to see Kehinde Wiley (“It’s in private with curator Koyo Kouoh It was really special to visit”), and the trip was also an opportunity for Gugu to reconnect with her family in South Africa. “Visiting South Africa is always special because my dad was born here and I have family in Johannesburg,” she said. “My uncle passed away 2020 and like many others, I attended his funeral on Zoom. So visiting his grave and connecting with my cousins ​​was A very exciting time.”

Gugu made time for the table Take a sunrise hike up the mountain and visit South Africa’s first fully black-owned winery, Klein Goederust in Franschhoek. “Cape Town is a beautiful city with a very complicated history,” the star told Vogue. “The legacy of apartheid still lives on in the urban landscape. Fostering art and culture is important to heal these scars. I want to support Zeitz MOCAA as a space that can bring people together, especially the exhibition When We See Us, which celebrates the craft and legacy of Black African artists.”

Mbatha-Raw’s exhibition highlights include Zandile, a female painter from Soweto Work by Tshabalala. “It was also interesting to see some of the early Kehinde Wiley paintings,” she added, from 2020 ( where he was Barack Obama was chosen to paint his official portrait for the Smithsonian years before), which “really charts the evolution of his style”.

How Jeweler Thelma West Wears Her Own Design Work