I'm a villain, so I'm going to tame the final boss ‒ Episode 9 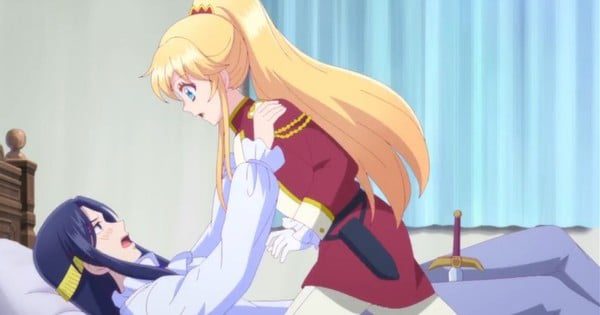 What do you think of Episode 9 of
I’m the villain, So I’m going to tame the final boss? 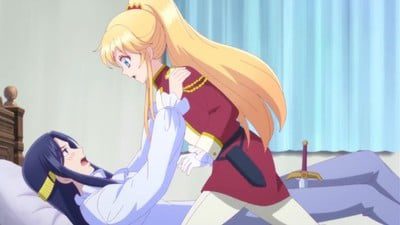 Of all the classic romance tropes, Amnesia (especially After the main couple get together) has been my least favorite. Not only is resetting everything to zero a cheap trick, but it always plays out the same way, with plenty of cheap drama and Heartbreak—and it tends to get more complicated when the potential lover she rejected the first time shoots again.

So, when this week’s amnesia episode kicked off, I Not yet enthusiastic. The setup is everything I hate: we start off with a contrived reason for our lover to be separated (he has lost his magic and is no longer the lord – so no need to “settle down” for Irene). Then we get the equally contrived reason why the two can’t meet (Lilia uses her knowledge of the game to trick the Queen into helping her force Aileen and Cloud apart). In the end, we even had the female opponent who lost the game for the first time take action against the man with amnesia. However, both Lillia and I forget something important that sets this anime apart from other stories that use this trope: Irene is not the heroine; she is the heroine. She is a villain.

While the typical diva would anxiously await the promised date, That’s when she can meet her lover again (and then be uncomfortable/indifferent by his in public) Erin jumped off a cliff, broke the magical barrier, and rushed into Cloud’s room – knowing full well that if caught, she would be sentenced to death. She wakes him up and explains the situation to him.

But the cool thing is Aileen doesn’t treat him like they do Lover – gets hurt when he doesn’t respond. Instead, she defaults back to who she was when they first met. After all, she’s a villain with all the ego and drive implied. She had won him over by all means, and would win him over again. After all, it wasn’t her knowledge of the future or his past that made him fall in love with her. It’s her personality—she’s a woman of action tempered by kindness. She never had to lie or play a role like Lilia did to win Cedric’s heart.

When it comes to Cedric, the logic in his head is obvious Some have begun to see through the cracks in Lilia’s exterior. She treats him like an afterthought – someone she has “won” and is completely under her control. While she was able to do the right things and say the right things, she never really cared about him or loved him as a person. Crowder’s advice to Cedric, to do something unexpected and amusing to her, is basically saying “get off the script and let her see you as a real person.” It’s doubtful that anyone other than Irene is a real person – because if she admits that fact, she’ll have to see herself as a completely amoral monster. And that’s probably why Irene won in the end. She sees everyone as a complex being, not a single note. She knew they could go off script as easily as she could—something Lilia couldn’t even bring herself to think about.

• I mean, that mage must be behind the amnesiacs and working for Lilia, right? Otherwise why would he appear?

• Interestingly, Lilia was able to activate the non-canonical “fandom” “Disk” game story. Something tells me she’s not controlling the plot as much as she thinks – too much has happened to contradict Sector Disk’s parallel universe events. • While basically ignorance of the fan plate’s plot seems to be a drawback Erin, there is Things tell me she’ll act like this episode regardless of any future she might know.

• Even without memory, Cloud understands his responsibilities as king.

• I want to know the motive of the current king. What made him suddenly feel that, as the holder of the holy sword, Irene, who prevented two potential wars with the demons, is not worthy To be queen? Is he an idiot or is he still living under Mommy’s control?

• Cedric is such a mess that even though his brother has no memory and is totally unfit to rule, his dad will still choose a brother other than him.