Is Binance CEO Changpeng Zhao To Blame For FTX Collapse? 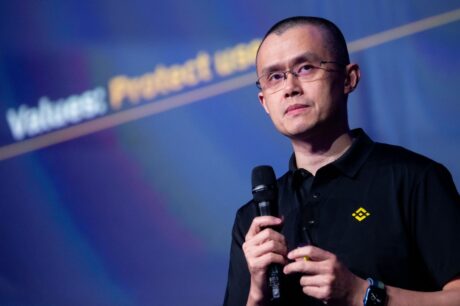 In the space of one week, FTX had gone from being the second-largest crypto exchange by trading volume to being bankrupt. This swift move from being ‘okay’ to being in ‘hot water’ has shown just how uncertain things can be in the crypto market. Since it happened, there has been some finger-pointing as participants in the space look for someone to blame, and some of those fingers have been pointed at Changpeng Zhao.

Is CZ The Cause?

The bank run on the FTX crypto exchange had actually started when Binance CEO Changpeng “CZ” Zhao made it public that the exchange was planning to sell its FTT holdings. What would follow was a rollercoaster couple of days that would end in a bankruptcy filing on the part of FTX. But the question remains, did CZ really cause this?

At first glance, it would look as if CZ had actually intended to trigger a bank run on FTX, especially given their public Twitter beef. However, with recent developments, the only thing that could be remotely true is that CZ had accelerated an inevitable collapse.

With an around $9 billion hole, there were bound to be issues with the company sooner or later. Add in the fact that there were already red flags such as Sam Bankman-Fried trying to raise more funds for the exchange and Alameda hemorrhaging money, the die was already cast.

As for CZ, the decision to sell FTT tokens was always a double-edged sword. Yes, the CEO could have quietly sold the tokens but it would have eventually been made public and Binance would be accused of dumping on retail secretly. The second option, which was to openly sell the tokens, was just the last nail in the coffin for an already dying FTX. It was a lose-lose situation.

FTX Not Doing Any Favors

The newly appointed CEO of FTX, John Ray III has already gone to work and the findings have been nothing short of catastrophic. Ray, who had helped energy trader Enron navigate bankruptcy in the early 2000s would go on to say that he had never seen anything like FTX in his career. The level of incompetency at the crypto exchange apparently shocked the Wall Street lawyer so much that he tagged it ‘unprecendented.’

As more information about FTX emerges, it is not hard to see why Ray would say that. From house-buying sprees for FTX employees to executives taking personal loans worth billions of dollars from Alameda Research, how FTX was run is nothing short of a fraudulent company.

Currently, there are reportedly more than 1 million creditors who have been unable to get their funds from FTX. The billions of dollars are nowhere to be found as the exchange enters into full bankruptcy mode. It has also drastically reduced trust in the crypto market. Self-custody is now more popular than ever as investors scramble to put their coins in cold storage.

'P-Valley' Star Nicco Annan on Playing Non-Binary Characters: 'I Don't Want to Make Her a Joke'

Black Forge Inn shines at Bar of the Year Awards