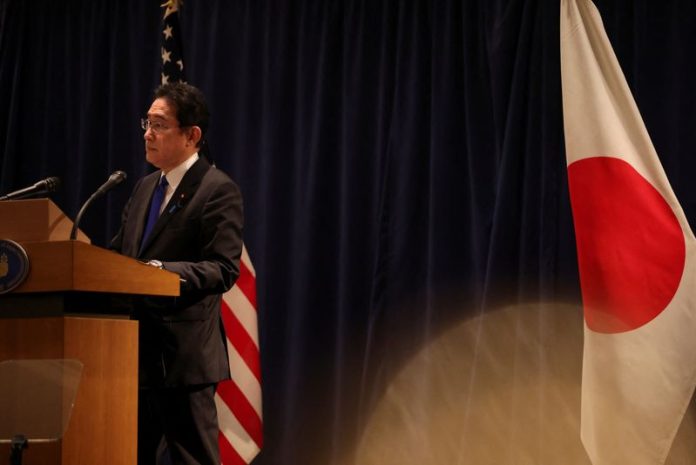 TOKYO (Reuters) – Japanese Prime Minister Fumio Kishida said on Sunday he will nominate a new Bank of Japan governor next month as markets test the central bank Whether it will change the ultra-low interest rate policy of the dovish Haruhiko Kuroda.

Kishida initially said on a TV Tokyo program that he would decide on Kuroda’s successor in April based on the economic situation, but when pressed he admitted it would likely be in February, “Considering the parliamentary schedule.”

He did not elaborate.

Haruhiko Kuroda, whose five-year term ends on April 8, insists that policies aim to stimulate higher prices and growth even as inflation is at 41 year highs and Japan twice the central bank’s target, and central banks elsewhere have been raising rates.

The terms of Kuroda’s two deputies will end in March 19. All three nominations must be approved by both houses of parliament.

The Bank of Japan stuck to its ultra-loose policy on Wednesday, ignoring investors who recently tried to break the bank’s cap

annual government bond yields. But even Haruhiko Kuroda expressed optimism about rising wages amid growing expectations that the Bank of Japan will end its expansionist experiment this year.

There has also been speculation about a change in the policy agreement between the central bank and the government, in which the BOJ pledged to achieve its 2% inflation target as soon as possible.

Kishida said it was too early to comment on whether changes to the agreement would be needed, but said there would be no change in his government and the BOJ working together “to achieve economic growth involving structural wage increases, and achieve the price stability objective in a stable and sustainable manner”.

17 Best Composters To Help You Reduce Food Waste With Ease