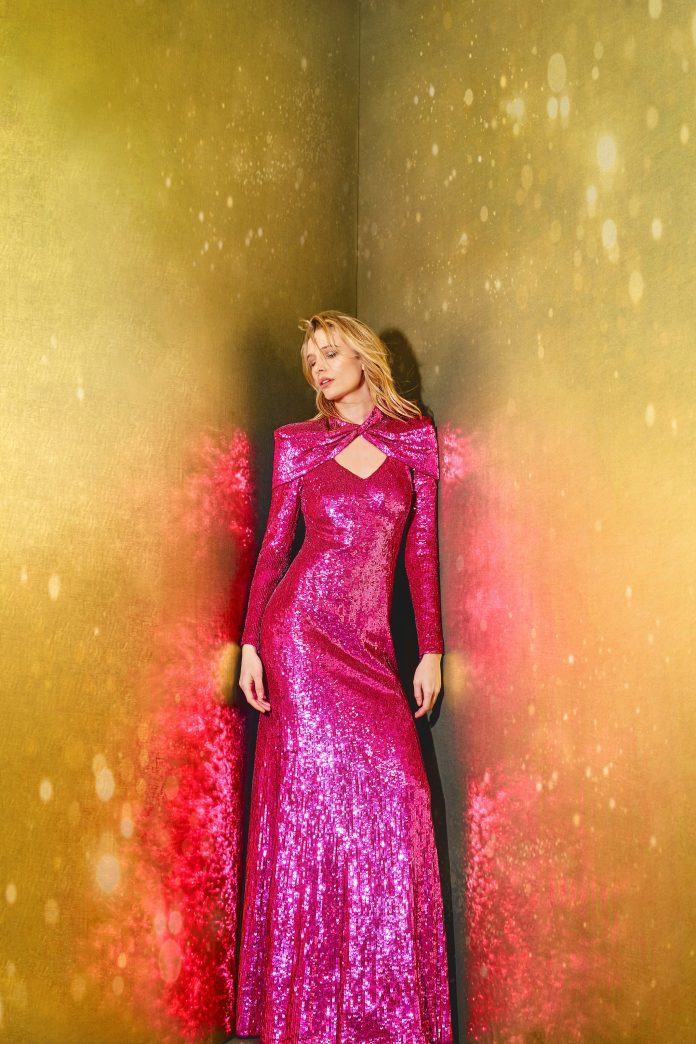 Jenny Packham is no stranger to Old Hollywood references – her signature metallic gown, embellished with sequins and beads, could have walked straight off the stage of any Golden Age gala. But this season, she turned her attention to an even more improbable corner of Hollywood history: the pre-code era.

The element of nudity here comes primarily from the deeper necklines and see-through panels than usual. Instead, for Packham, it was more about channeling the hedonistic energy of the era into a series that celebrated the irreverent women — Norma Shearer, Jean Harlow, Clara Blow — who embodied that moment in film history.

A liquid hot pink sequined gown with a knotted drop-shoulder detail at the neckline exuded a particularly jaw-dropping cinematic glamor, as did a collection of capes. (One, embellished with shimmering gold sequins and beaded tassels that rustle as it moves, is perfect for any on-screen femme fatale looking to make it official.) Elsewhere, a mini dress with a skip Embroidered with pearls and crystals at the thigh-length skirt and power shoulders, it seems to take the jaunty spirit of Code’s pre-Code and update it to a thigh-high silhouette that can only exist now. As we head into the final stretch of awards season, there are sure to be some rising stars looking for a touch of Old Hollywood glamor today — albeit in a Jenny Packham way.

The neutralizing efficacy of antibodies against omicron variants BA.1 and BA.2 rapidly declined

Referee messes up Panthers: Browns get penalty before game win