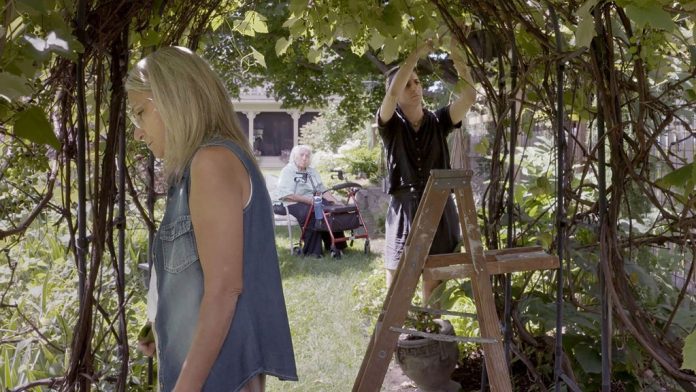 Sierra Urich has a documentary family history of change through the generations. Her mother, Mitra, left Iran in Amherst, MA

going to university , just months before the Islamic Revolution toppled the Shah and put Ayatollah Khomeini in power. Mitra’s mother, Behjat, had to wait years before she could travel to the US. Ulrich himself grew up in Vermont and had never been to Iran.

If only this movie could match the rich potential of these women’s stories. In her first feature film, Urich talks to her mother and grandmother and explores her own feelings about her heritage, but the documentary vacillates uncomfortably between cultural and personal aspects, never fully examining any One.

Zhou Nan is clearly in love. The title is a Persian term of endearment, and much of the film reveals fraught family dynamics, a very well-worn theme. But there is so little social and political context, and that’s what makes this family special. The women’s stories about Iran and their memories of Iran come in unsatisfying fragments. Occasionally, old family photos, home movies, and mementos pop up on screen—Mitra’s plane ticket from Tehran to New York, a video of young Behjat and her husband on a farm in Iran—and if more archival material were available, this Movies will get richer.

The documentary begins in snowy Vermont, where Urich is trying to learn Persian so she can communicate directly with her grandmother, who speaks little English. Behjat is a powerful being, a tough old soul who married in story throughout. She lives with her family in the Vermont farmhouse (Urich’s father appears occasionally in the background), where much of the film is shot.

Mitra is the key character, Persian-English translator between her own mother and daughter. In one of the most illuminating yet depressing scenes, Mitra talks to her Thai-born hairdresser at the hair salon about their experiences as immigrant mothers. Mitra is quick to mention that her two uncles were executed, her father was imprisoned, and that she herself still suffers from PTSD from her days in Iran. The soundtrack is fun, but like so much in the movie, it doesn’t fill in the details of Mitra’s memories.

Instead, it leads to a more surreal section, with a montage of images, including a video of a woman who appears to be a young Mitra dancing in a Pierrot costume, Her picture in her youth, video of protesters chanting slogans on the streets of Iran, with Khomeini’s face on the banner. This impressionistic style is notable because the film is often bland and visually dull (strange, since Urich attended RI’s School of Design). In a more typical scene, Mitra and Behjat sit at a small town’s Fourth of July parade, having a conversation about passing trucks and horses.

The movie later returns to the importance of Mitra’s memory. Urich asked her grandmother to tell the story of Behjat’s grandfather’s murder. “He was a martyr,” Behjat said. Mitra explodes. She said she was traumatized by the violent story she heard as a child and refused to translate for fear that telling it on camera even now would put Sierra at risk. The aforementioned PTSD Mitra is palpable, and her instinctive reactions illustrate, more than anything else in the documentary, how a tragic past lingers. Behjat never told the story of her grandfather’s murder, at least not on camera.

The present danger is real. Urich told her Persian teacher that she would love to go to Iran but knew it would be too dangerous to go there today. Dealing with the current unrest and women-led protests in the country is beyond the scope of the film. Even so, Joonam is too disorganized and out of culture Resonating with politics and journalism—perhaps the film’s biggest draw—is not just in a glaring way.