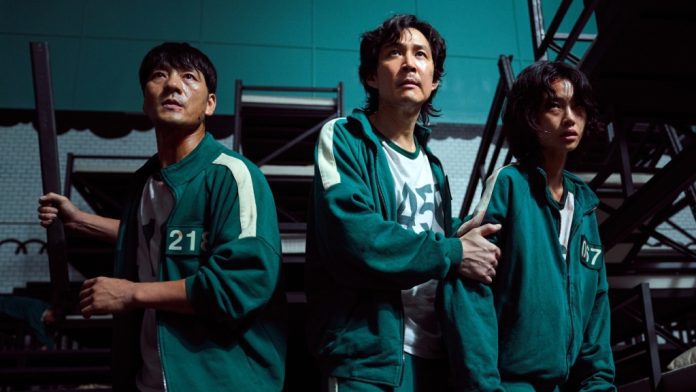 Netflix justifies the frigid cold conditions in its outdoor scene in the UK with its real-life Squid Game The unscripted series sees contestants injured during the race as winter temperatures drop below zero.

On Wednesday, the streamer and its co-producers refuted the Sun tabloid claim , that the player was seriously injured during production at the former Air Force base near Bedford, in the east of England, in a rare cold snap.

“We care deeply about the health and safety of our cast and crew and have invested in all proper safety procedures. Although it was very cold on set – participants were prepared for it Prepare – but any claims of serious injury are untrue,” Netflix and Lambert Studios co-produce Squid Game: The Challenge, along with The Garden, said in a statement to The Hollywood Reporter.

Unspecified freezing weather damage occurred during filming of the memorable red light, green light game that appeared in the original The first episode of the Squid Game series. As The Sun claimed in its original report, Netflix defended the conditions on set, with producers insisting that no one was carried away on a stretcher.

The reality show version of Squid Game, The popular Netflix survival series originally from Korea, featuring 2022 players from all over the world competing in a series of games , for a chance to win $4. 65 million. Netflix casts English-speaking contestants from around the world to ensure they can follow game instructions delivered live over speakers, similar to the series.

Squid Game series tells the story of a divorced father and gambler (Lee Jung-jae ) who participated in a secret contest in which 2022 Players participate in a series of arcade games, such as tug-of-war. The losers of each round are executed until only one winner remains. The series became a global hit and has been renewed for a 1235195825 second season on Netflix.

1235195825Squid Game: The Challenge is a co-production of Studio Lambert (The Circle) and The Garden ( Between Hours in A&E), part of ITV Studios, is being produced in the UK by Stephen Lambert, Tim Harcourt of Studio Lambert Shot with Toni Ireland; The Garden’s John Hay, Nicola Hill and Nicola Brown are executive producers.