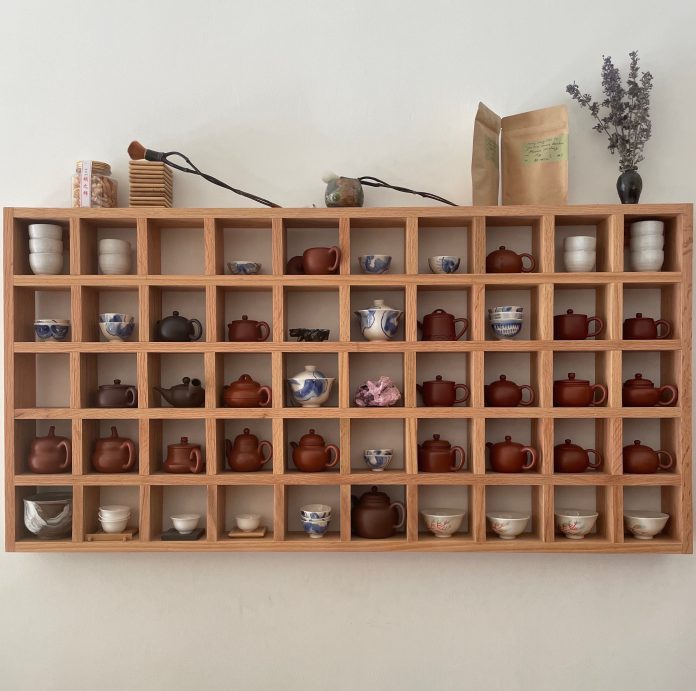 I grew up drinking tea in New York. When my grandparents first immigrated to New York City from Kyiv, Ukraine 80, they brought all their tea sets with them. Dozens of tiny cups, along with jars and sugar bowls, are displayed in a vitrine next to family portraits from their Brooklyn apartment. Every time I go, the pink set in particular—permanent tea stains—shows up with my grandmother’s freshly baked napoleons, strudel, or apple pie. When my sister and I were little, my grandma poured tea into those pink suit saucers so it didn’t get too hot, and we drank it like kittens.

Later, my relationship with tea would deepen. First, when I was doing my PhD in naturopathic medicine, I focused on herbs and started using the same tea set to brew things like pine needles, whole roses, and licorice root. Then, a few years ago, I started a tea company called Masha Tea in New York with the goal of sourcing organically grown tea. I wanted to create a feeling that drinking tea was not only comfortable, but fun and a little bit sexy – the kind of thing you would want to invite someone in after a night out. Since its launch, Masha has served some of my favorite museums, hotels and cafés across the country, and through this endeavor I’ve met some amazing farmers, shopkeepers and tea lovers.