Nexo Pays $45M In Penalties And Settles With US Authorities 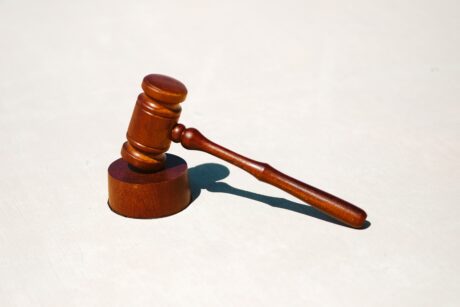 The US Securities and Exchange Commission (SEC) has levied a $45 million fine on Nexo Capital Inc. The SEC explains the reason for the fine in a tweet,

Today we charged Nexo Capital Inc. with failing to register the offer and sale of its retail crypto asset lending product, the Earn Interest Product (EIP). To settle charges, Nexo agreed to pay $22.5 million and cease its unregistered offer and sale of the EIP to U.S. investors.

The $22.5 million fine for selling EIP to US investors. Moreover, the $22 million fine will go through settling the claims by State Regulatory Authorities. The SEC Chairman, Gary Gensler, reinforces that crypto organizations must comply with its policies. Failure to do so will allow the SEC to hold the defaulters accountable.

What Is EIP And Why The Fine?

Starting in June 2020, Nexo is marketing and selling its Earn Interest Product (EIP) in the USA. Nexo operates so that it lends money to its customers, and interest becomes its primary source of income. Nexo uses this interest income to pay interest on its loans further. However, several states in the USA alleged that Nexo’s earn-interest service is not registered as a Security.

As a result, the states of California, Oklahoma, Vermont, South Carolina, Kentucky, and Maryland took the company to court. They demanded a cease-and-desist order on the company’s EIP service.

The SEC order says that Nexo used its EIP service to fund interest payments and inject it into its other businesses. Moreover, the SEC holds Nexo at fault because their EIP Security fails to meet the requirements for an exemption from the regulatory authority.

Today we charged Nexo Capital Inc. with failing to register the offer and sale of its retail crypto asset lending product, the Earn Interest Product (EIP). To settle charges, Nexo agreed to pay $22.5 million and cease its unregistered offer and sale of the EIP to U.S. investors.

Even though Nexo agrees to pay the fine and stop the EIP service, they have not confirmed the allegations. In response to the penalty, Nexo also published a settlement tweet confirming that they agree to a no-admit-no-deny settlement.

Nexo has reached a final landmark resolution with the U.S. Securities and Exchange Commission (SEC), the North American Securities Administrators Association (NASAA), consisting of all 50 U.S. States & 3 territories and the Attorney General of New York.🧵https://t.co/modjbPsOdV

We are content with this unified resolution which unequivocally puts an end to all speculations around Nexo’s relations with the United States. We can now focus on what we do best – build seamless financial solutions for our worldwide audience.

SEC Is Getting More Vigilant And Strict

Noting some of the SEC’s previous actions on crypto companies, it can be said that it is tightening the noose. In February 2022, SEC fined BlockFi $100 million for its unregistered securities offerings. The BlockFi fine acted as a warning for several other crypto firms offering similar products.

A Cornerstone Research finds several proceedings in which the SEC holds crypto companies accountable for their services, solutions, and actions. Over 30 such enforcement proceedings came under the chairmanship of Gary Gensler in 2022. Similar to the Nexo case, the SEC also charged Gemini for its unregistered service in the form of sales of securities.

Is Comiket still fun without everyone?