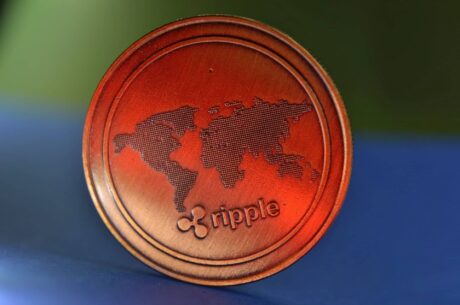 The May market crash and its resulting bearish trend caused massive losses for investors. But the Ethereum merge adverse effect was an unforeseen force. The crypto market has recorded more pullbacks than rallies since September 15.

Many analysts, especially Ethereum supporters, hyped the merge, making others believe it’ll reverse the market. Unfortunately, after the upgrade, Ether and other cryptos crashed. Even Bitcoin lost $1000 a few minutes after the event.

The market is still in the Red

On September 19, many cryptocurrencies were all red in their 1hour price gain, 24 hours, and 7 days trend. The number one crypto started the day in red, causing more panic in the market. BTC lost 2.38%, pushing its weekly losses to 13.58%.

The same day, there were also massive liquidations across exchanges amounting to $432 million. Fast-forward to September 20, many crypto assets have continued their bearish trend.

Bitcoin managed to add 1.72% in 24 hours, reducing its weekly losses to 10.90%. But the price is still in red on the TradingView chart.

Bitcoin had lost its grip above $19K earlier today. But after adding some percentage gains, the coin regained footing but fell again to $18,968. With a 0.15% loss in the last hour, as seen on CoinMarketCap, the coin price is still in the red and may plummet further before the market closes.

Other coins, such as USD Coin, Binance USD, Cardano, Polkadot, etc., are all red. But while the others bleed, Ripple has championed the gainers in 24 hours.

Ripple Price Appreciates As Others Fall

Ripple XRP is leading in price gains today, September 20. The crypto is currently trading at $0.4075, showing a 5.22% increase in 24 hours. In the early hours of today, XRP added more every hour before losing its momentum.

XRP is also doing well in its 7 days price gain. The coin has earned over 22% in seven days which is better than Tether, BNB, BUSD, Cardano, Solana, and many others. Tracing Ripple’s price from July to September, it has remained firm at a price between $0.3733 and $0.3421.

But like other cryptos, Ripple dipped on the merge day, closing the market at $0.3256. Thankfully, it bounced back the next day to $0.35677 and started its upward climb until September 20, when the price reached $0.40

Ripple’s Rise: What’s Behind It

For now, the force seemingly pushing Ripple price might be the ruling in its case with SEC. As of September 19, the case was heading towards a conclusion. Both parties have called on a federal judge to rule it urgently.

Related Reading: 3 Experts Take On The Bitcoin Price, Will $19,000 Hold Or Break?

This recent development shows that both parties have gathered adequate evidence to prove their case. Ripple maintains that it didn’t violate any securities laws in the United States. The call for ruling assured the Ripple community that the 2-year court case was almost over.

Some community members expressed their relief on Twitter, thereby possibly changing the market sentiment for XRP to positive.

Uniswap Could Slide Below Support Zone – No Demand For UNI This Week?