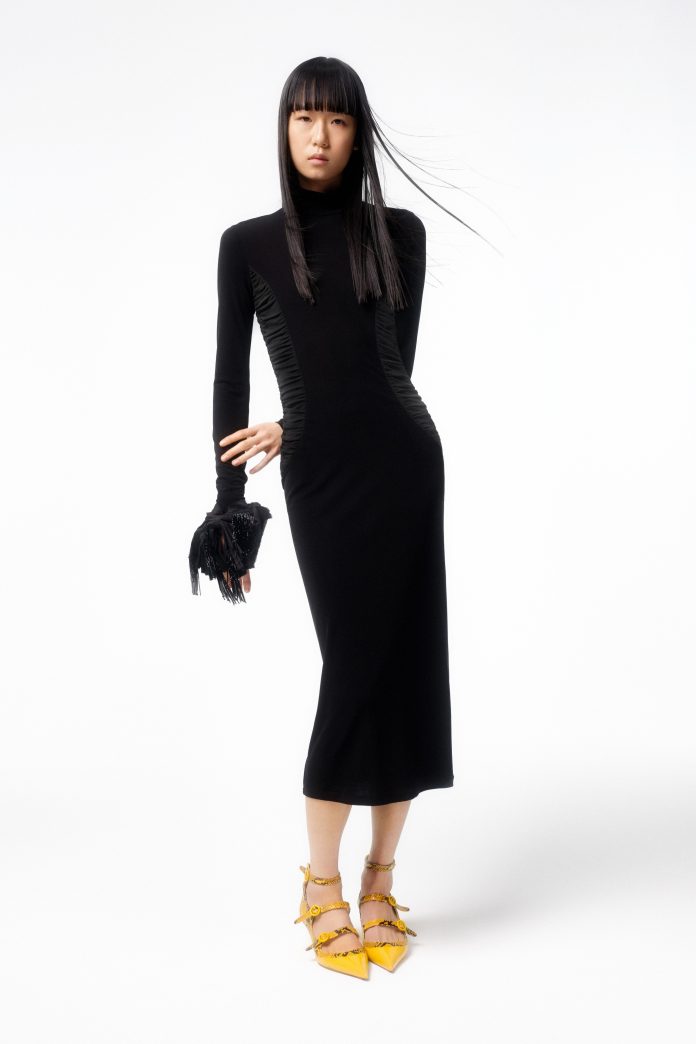 About 20 years ago, two icons of French cinema, Isabelle Huppert and Catherine Furlot, appeared in the director Alexandra Leclerc The debut feature film “Les Soeurs Fachées” (released as “My Sister and Me” in English). The classic country mouse vs. city mouse drama about sisterhood, style and conflict captured the Rochas woman well, designer Charles de Vilmorin said in a recent Zoom interview.

“I wanted to transcribe through volume and unexpected texture or color as a mature woman with a touch of whimsy through the clash of two worlds,” he says. Like in the movie, he wanted a “violent” costume confrontation. For Pre-Fall, his Rochas silhouettes were long and thin, but complemented anachronistic styles, such as a houndstooth coat with a “craftsmanship” quality, here paired with high-gloss red stilettos. A delicate lambswool plaid skirt revived the classic pencil shape, but with an explosion of very feminine ruffles, which the designer described as “moving like fins in water”. It’s a solid piece, here paired with a bright orange slinky turtleneck. For the bolder, a black and marigold brocade bodice might be worn with tonal python low boots.

Vilmorin’s job at Rochas is to honor a certain tradition while giving the brand a new look. In the past, he has shown a tendency to overmaximize. In his seventh collection, he manages to show off his tailoring skills, toning things down a bit and still jazzing things up with yellows, oranges, reds and unexpected textures. If everything wasn’t convincing, here were a few pieces—a white brocade blazer, a quilted black vinyl-laminated wool swing coat, or a brocade bomber—clearly illustrated both sides of the Rochas equation.