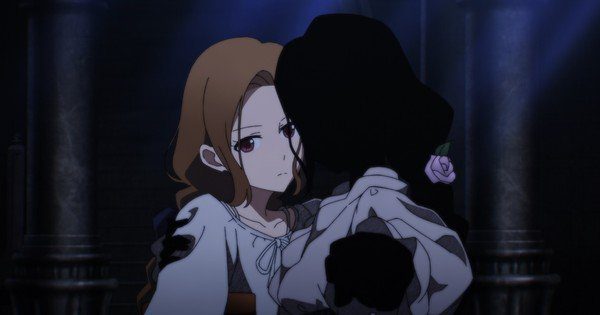 by Hans Christian Andersen Short Stories Shadow , a shadow learns how to be a little too human and swap places with his man, effectively kills him. In the first season, I was fairly certain the show was working within Andersen’s framework; now that we’ve learned more of the full story of what it means to be a grown-up shadow, I’m convinced. We know from the end of season one that Edward is a fusion of a living doll and a shadow, and we can guess from his behavior that he’s either drinking too much coffee or being controlled by the shadow personality instead of the shadow personality. toy doll. It turns out a little shady: he doesn’t just control humans, He is a parasite that kills the living doll and takes over his body. “Eddie,” or the name of his living doll, no longer exists: he is a shadow with a human face. And, if you think about it, that’s been hidden from view all the time.

We also learned this week that, to be precise, children are Wings are to do. Yes, as we’ve seen, he’s responsible for the debut, but he’s also the one responsible for promoting the duo to the adult wing of the house. Ostensibly, the goal is to pick the pairings that are most likely to blend together successfully, but that doesn’t seem to be Edward’s goal. Instead, he seems to be selecting pairs that are highly likely

to fail – or at least cooperate with each other in his choice. Why would he do such a thing? Because he has a plan to attract the attention of the grandfather Lord: to weed out the rebellious pair by letting them fail. If he invites a duo he knows won’t make it, he’ll work it out neatly, and he hopes Lord Grandfather will notice a drop in rebellion under Edward’s leadership of the Children’s Wing. It definitely feels like an imperfect plan, because if Edward fails too much, he’ll be demoted like Thomas, but it’s also exactly the kind of vague plan I’d like him to come up with. Edward invests less in advancing Lord Grandfather’s plans and more in his own strengths; he needs to be the best, even if it means turning a blind eye to everything he should actually be working towards. After all, this is a man obsessed with wooing Kate – and once he’s in trouble, he can’t seem to let go.

Maryrose’s hope of outwitting him also seems a little short-sighted, very big Partly because she doesn’t seem to be using her time effectively. Instead of threatening Kate, John, Emilico and Sean, she

should is trying to convince them to be on her side. Kate isn’t invested in what star bearers think of her; she’s keen to figure out what’s actually going on, and has no clear plan for what to do once she knows. Mary Rose’s assumption that she’ll go straight to Barbara and others with her knowledge is flawed, especially since she knows Kate is a truly thoughtful person. If offered an exit strategy, or had the opportunity to develop an exit strategy with Maryrose, Kate might accept it because she knows She and Emilico are two completely different people, and she takes that seriously. I can’t think of anyone else who was as shocked as Kate was at killing Emilico and merging with her body. (Except maybe Patrick, because that means he’ll never be with Emilico.) Yes, Mary Rose is desperate and panicking, but instead of getting mad at Kate, she should really talk to her.

We may have seen a way out, though. In particular, Kate said, the aqueduct brings water into the house, which means it does have the potential to flow out. Shadows don’t dissolve like coke in water, so if they can figure out the river’s course, there might be a real chance of escape. But it takes planning, and Mary Rose could get in the way. However, it’s worth trying to convince her.