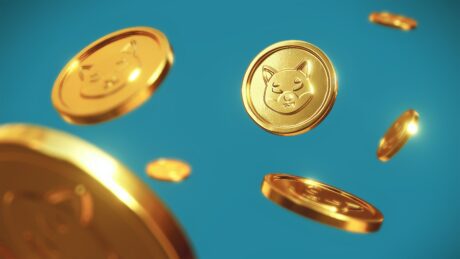 While the broader crypto market has been trending sideways in the past 24 hours following its stellar rally over the past two weeks, Shiba Inu (SHIB) is bucking the trend, posting a whopping 21% price. The trading volume of the meme coin has exploded by 150% to $810 million within the last 24 hours.

A look at the 1-day chart reveals that the Shiba Inu price approached the lower end of the key resistance zone at $0.000013, but was rejected initially. At press time, SHIB was trading at $0.00001254, reaching the early November highs.

To trigger a sustained bullish breakout on the daily chart, SHIB needs to break above the $0.000014 level. For now, however, a corrective move – either by time or price – seems more likely as the RSI is in overbought territory at 86.7.

The 1-week chart shows that SHIB managed to break out of a one-year downtrend when the price broke the falling trendline to the upside last week. With the setup in the daily chart, a retest of this trendline might be possible to build further bullish momentum afterward.

The jump in the price of Shiba Inu (SHIB) comes after Korean crypto exchange UpBit announced that it has listed the popular meme token. According to the announcement, South Koreans can now buy Shiba Inu directly with the Korean won.

Upbit was the 22nd largest crypto exchange by spot trading volume within the last 24 hours. Also yesterday, SHIB was also listed on Cointree, an exchange that is even smaller by trading volume.

Therefore, a more likely reason for the pump could rather be the launch of the layer 2 scaling solution Shibarium. As recently as Monday, the developers published a new blog post promising an approaching launch in a couple of weeks.

Shibarium could be a massive bullish catalyst for Shiba Inu. With a market cap of $6.8 billion, it will be the second largest layer 2 solution, while bringing a lot of value to the ecosystem with its own DEXs, NFTs, metaverse, and stablecoin.

Recently, the BONE token already caused a buzz with massive volatility. BONE is the governance token for ShibaSwap, a decentralized exchange that launched in July 2021. It is also interesting to note that BONE will be used to pay for gas, while SHIB will be burned with the basic gas fee.

In addition, Shiba Inu will introduce a new reward token – TREAT. Many details are not yet known, however, it will probably be used in ShibaSwap, Shiba metaverse, the Collectible Card Game, and as a reward for validators.

Finally, the Shiba Inu metaverse is scheduled for release in 2023. Here, the tokens of the Shib ecosystem will meet and 100,595 land plots will be for sale (similar to The Sandbox multiverse).

With Rishi Sunak, another Obama moment in East Africa