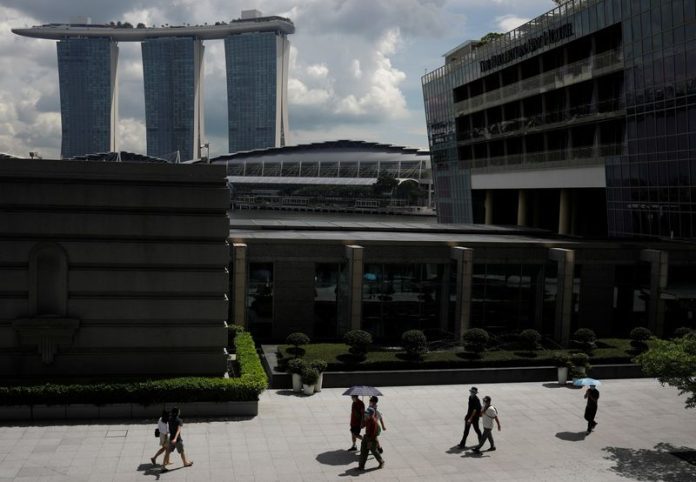 SINGAPORE (Reuters) – The financial vulnerability of Singapore households, businesses and banks has increased this year, Singapore’s central bank said on Friday, and warned people are struggling to bear more burdens. Be cautious when taking out more mortgage debt.

The Monetary Authority of Singapore said in its annual financial stability review that higher vulnerabilities were largely due to the unwinding of pandemic-related precautionary buffers.

However, the central bank’s stress tests show that businesses and households are “resilient to macro-financial shocks”, while banks hold strong capital positions.

However, the central bank noted that households – especially those on lower incomes – should be cautious about committing to mortgages, as financial conditions are expected to tighten further in the coming quarters.

It said housing loans remained the main driver of growth in household debt, accounting for 2.7 percentage points of the overall 3.1% .

A silver lining to the year-on-year growth in the third quarter is that credit quality for home loans has improved over the past year after tightening rules were introduced in December last year.

Globally, the Monetary Authority of Singapore expects economic growth to slow sharply next year, with inflation likely to remain “significantly” above many central banks’ targets.

Singapore’s central bank said the risks of a longer period of higher-than-expected inflation and interest rates would exacerbate debt burdens for vulnerable households and businesses, putting pressure on banks Come on with more pressure.

“However, banks are in a better position to manage these credit risks and absorb losses than in the global financial crisis,” the central bank said.

How Judges Won the Triple Crown