Homebtc newsSolana Keeps Positive Radiance But Bears Could Dampen The Mood At This...
btc news 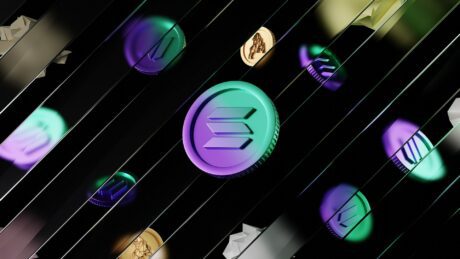 In recent times, the Solana price has witnessed a considerable upward push, which made the coin breach important resistance levels. Over the last 24 hours, SOL has rallied close to 20%, and in a week’s time, the altcoin has appreciated close to 40%.

As Bitcoin’s price has remained above $20,000, most altcoins have shown positive price momentum on their respective charts. If Bitcoin continues to climb higher, then short-term bullish momentum will prevail across the market.

The technical outlook of Solana has pointed towards the bulls, but the chart also reveals that as the coin has been overbought, SOL would eventually witness a price correction. Accumulation remains high on the chart as demand for the coin has been at a multi-month high.

Solana could present its buyers with buying opportunities; the coin might retrace on its chart and then rise again. The market capitalization of Solana increased, which meant that there had been an increase in buying strength. Currently, Solana has been trading at a 90% discount to its all-time high, which was secured in 2021.

SOL was priced at $25 at the time of writing. Solana pierced through many resistance levels. The $25 price mark has acted as stiff resistance for the coin; it is imperative that SOL stay put above that region to avoid bullish momentum from fading.

The support region that ranges between $21 and $18 will present traders with entry opportunities. The amount of Solana traded in the last session increased and was green, which meant that the coin depicted bullish momentum.

SOL continued to display overbought tendencies, the asset was overvalued. Despite a tiny correction in demand, accumulation for the coin shot past the overbought region again.

The Relative Strength Index (RSI) was parked at the 70-mark, which was a sign that buyers exceeded sellers heavily on the daily chart. Similarly, the price of the asset was above the 20-Simple Moving Average (SMA) line, which meant that buyers were driving the price momentum in the market.

Solana was also above the 50-SMA line (yellow), which is a sign of a bullish extension. On the flip side, SOL displayed a death cross where the 50-SMA crossed above the 20-SMA line, and that meant an incoming fall in price.

Bulls were still around for Solana, but buy signals for the altcoin were declining in size. The Moving Average Convergence Divergence (MACD) depicts price momentum and reversals. The MACD displayed decreasing green histograms, which meant that buy signals were declining on the chart.

The Bollinger bands, which indicate volatility, also drew apart, which meant that the coin would witness considerable price fluctuations over the next few trading sessions.

TA: Bitcoin Price Holds Ground, Why Close above $20K Is The Key