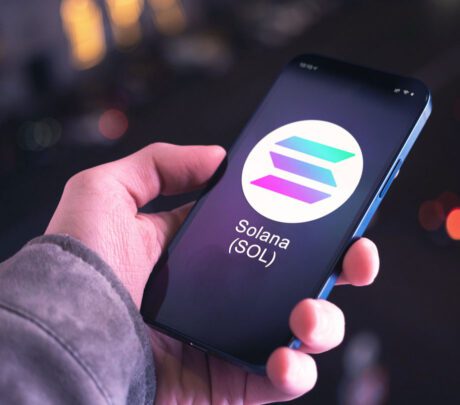 Solana price has moving been sideways for the last few months, and it has maintained the same price action.

Over the last 24 hours, SOL has depreciated 2.6%. In the past week, the altcoin’s gains were negated by the ongoing lateral trading.

Buying strength has remained low over the last week and that has further pushed Solana price to their closest support line. If buyers push the price higher, SOL could attempt to topple over the $33 price level.

As sellers continue to dominate, it could be tough for SOL to experience a breakout from the $30-$32 price zone.

The bulls failed to hold onto the $33 price mark and ever since that, the coin has continued to spiral downwards. Increased consolidation of SOL has reduced buyers’ confidence.

For SOL to invalidate the bearish thesis, it needs to move above the $40 price zone. The global cryptocurrency market cap is now $971 billion, down by 0.2% in the last 24 hours.

SOL was trading at $33 at the time of writing. The coin experienced heavy resistance at the $41 price mark, and the bulls have been rejected at that mark for over months now.

Immediate resistance for Solana price was at $38, toppling which SOL might attempt to touch $41.

On the flip side, a fall from the present price mark will push SOL to $30 and then to $26.

The amount of Solana traded in the last session declined, indicating that buyers were fewer in number.

The Relative Strength Index was underneath the zero-line, indicating that sellers outnumbered buyers at the time of writing.

Solana price was below the 20-SMA due to a lack of demand. It also indicated that sellers were dominating price momentum in the market.

The asset continued to display signs that the sellers were strong in the market. The Moving Average Convergence Divergence indicates the price momentum and the direction of the asset’s price.

These red histograms were indicative of sell signal in the market. The Stoch RSI is used to measure the overall market trend and the direction of the current price of an asset.

Stoch RSI was below the half-line and nearing the oversold zone. This reading confirmed bearish pressure in the market and that the asset could further lose value over the upcoming trading sessions.

John McCarthy shares his prediction for Saturday's UFC 278 co-main event between Luke Lockhold and Paul Costa: 'I'm calling it a suspension in Game...