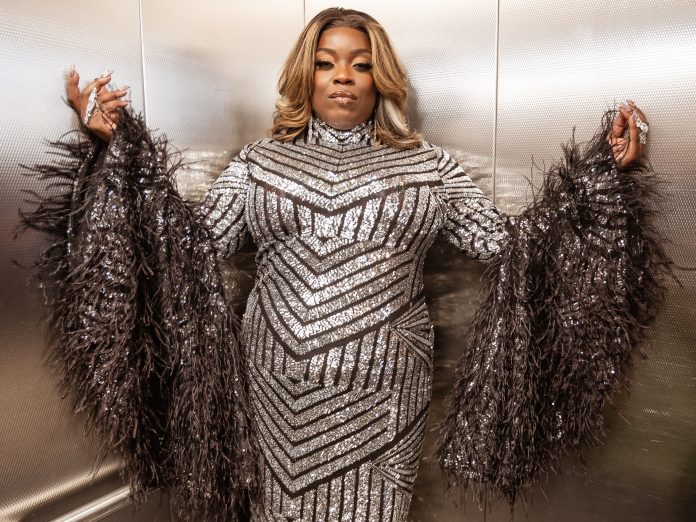 Suffice to say, British soul singer Yola threw a huge American Music Awards show last night. Not only did the star perform her song “Break the Bough” live at the Microsoft Theater in Los Angeles, but she also received a special soul song honor for the song. “From start to finish, it was a really exciting experience,” Yola told Vogue her evening. “The AMAs are incredible and music-focused, and as an artist, I feel like their mission is to elevate music throughout the show.” The best part, though, is that the star made Vogue followed her to glitzy red carpets and stages—where she brought powerful vocals and style.

To kick off the busy night, Yola’s glam team — including hairstylist Hachoo, makeup artist Julie Jules and manicurist Sabella Synder — got the singer ready for the red carpet, Crafted for a subtle aesthetic, it matched her silver sequined Christian Siriano gown, complete with feathered sleeves. The look was designed by Stephanie Amelie Cameau and finished with dazzling jewelry by Loree Rodkin. Then, for “Break the Bough,” the singer changed into a paneled lavender minidress by Perry White. “Both exude different retro aesthetics, and I’m channeling them—from disco glamor to ’60 chic,” Yola says of her two ensembles. “I feel great.”

However, her favorite part of the night wasn’t getting dressed (although who doesn’t?). It was her performance itself, and took to the stage with Stevie Wonder and Charlie Puth to pay homage to Lionel Richie. The star said she felt the energy of her solo performance from the crowd. “It seemed like the crowd loved it because by the end everyone was standing and I got a standing ovation, which was really emotional for me,” Yola said. “I think we added a live element to the evening because we were doing live

without accompaniment.” As for what’s next for the star? After a whirlwind weekend, she’s in for some well-deserved R&R: “Sleep, rest—baby is resting,” says Yola. “But see you soon Vogue …I’ll be back!”

Welcome to Seed Brklyn: A New Concept Store in Brooklyn