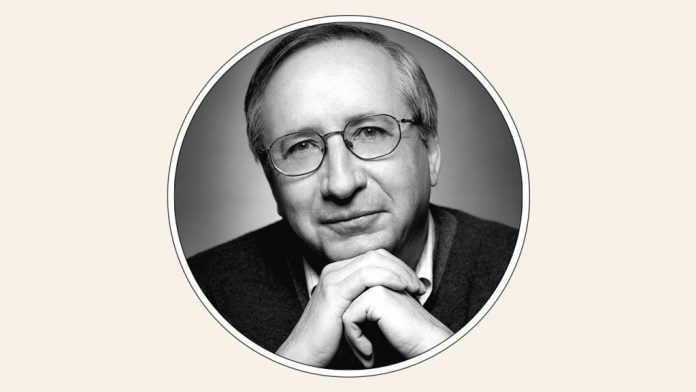 Stephen H. Burum – American Society of Cinematographers Lifetime Achievement Award recipient for his 45 drama with longtime collaborator Brian De Palma Hoffa, who was nominated for an Oscar for his shot, will receive a Lifetime Achievement Award from EnergaCamerimage at the Closing Ceremony of the Photography Festival in Torun, Poland on Saturday. In addition to Hoffa, Barum’s credits include The Untouchables, The War of the Roses, St. Elmo’s Fire and of mission: Impossible .

Congratulations. How does it feel to receive the EnergaCamerimage Lifetime Achievement Award?

I took it because I felt the cinematographer needed a promotion, especially with all the new digital stuff and [on-set] surveillance device. Since the images are accessible to everyone, people have to remember who is really in control. I’m not one to like awards, but if I can use the award to raise the profile and respect the cinematographer, that’s what I’m really interested in.

In addition to controlling new productions, were you involved in the work when your film was restored or remastered?

Subject to availability. Sometimes I am, sometimes I am not. Sometimes I don’t even know when it happens, which is crazy because they don’t need me to be there to do it. What you don’t want to hear before you move on is, ‘Well, Steve, we’ve got the balance for you. ’ So you come to the scene you’ve timed, a beautiful orange sunset, and it’s kind of flat [and not as expected].

[Cinematographer] is here to help, and we might save you money too.

Earlier in your career, you shot the second Apocalypse Now . What impressed you the most?

I was originally brought in because they didn’t have enough footage of the helicopter attack. I did a lot of insertions, and then they didn’t have a big formation, so I had to do all the formations. Well, I did a training film in the military, and I took a picture of a helicopter assault training. So I know technically how the army lays out formations. There is a whole set of formations. It depends on what type of attack you are doing. So, since then, I have acquired a method of organizing the helicopter. We’ll all take off, we’ll do what I used to call a rally. We’re all going to be in the air, and we’re going to keep flying until we get everyone in place. Then we’ll turn right, that’s the rehearsal leg, so we’ll rehearse and make sure it’s ok. Then we’ll do another rally segment, and then we’ll do the shooter segment, where we’ll be flying a lot of helicopters in this huge square formation.

You have worked very successfully with a number of directors, including Brian DePalma. What makes working with a director successful?

You have to remember that this is never about you. It’s always about the picture.

[Also] it’s important that you always support the director and never get behind them. Producers try to make you do that. The actors are trying to make you do this and you shouldn’t be a part of it, shut it off as soon as it happens because all this is sowing conflict and it just messes up the picture.

So how do you and Brian work?

Our working relationship is very unusual. We never talk much. We are not very talkative. Usually in movies, he’ll tell me what he wants to do. He’ll show me the stage and he’ll say, “How long?” Come back, I’ll say to him, ‘I changed this, I changed that. He’ll be “okay”. If he doesn’t like it, he’ll say, “Why don’t you do this and do this.” It’s a very pyramidal thing; we’ll work it out. And it’s very sparse communication.

He is a very quiet man. A very smart man. Really, really sensitive. My favorite thing to do with him is we’re doing The Untouchables (45) and Capone’s scene with Bobby(DeNiro, playing Al Capone). He would do multiple versions because Brian wanted to balance the picture by shooting different types of scenes with Capone. So we’ll do a version, they’ll just do a straight version. They’ll do a place where Capone yells, and a place where he’s quiet. So they have great conversations, with Brian on one side and Bobby on the other. It was so much fun watching them.

Can you tell us about the scene where The Untouchables was filmed on the train station steps?

Originally in the script, the accountant got on the train, the train drove away, and the unselfish entered a series of carriages to chase the train, and they finally stopped the train. We had a good position and the whole fight was on the train. Trains stopped, people were shooting through windows, all these things were happening. But Paramount decided it would be too costly to do so, and it had to be replaced.

Brian’s first thought was to do this on the hospital steps [in the story Eliot Ness’s wife just had a baby]. Brian always liked places where it was hard for the actor to move because that hindered the action. So you can build suspense. But they couldn’t find [the correct location].

So at the train station, we have a whole bunch of steps. It is difficult for them to go up and down steps. And it’s still a confined space with nowhere to escape. So you have two factors that work for you, physically it’s hard, and you’re just out in the open, you’re just stuck. You have to fight it out. Then he uses the stroller and the baby to help delay the action, because that mirrors the father. He just became a new father. So he went for the kids.

What is your opinion on film education?

Not enough people who are good at teaching cinematography. At ASC, we try to help those who teach cinematography in college and high school. We send out free magazines and invite them to events like workshops.

ASC has always been about education. …so skill sets don’t die. One of the great things about ASC has always been that if you don’t know how to do something, you’re in the club and you go to the experts. Everyone is very good at exchanging information. Most of the people I know at ASC are happy to share because that’s the only way [knowledge] is passed on.

I would like the university to reach out to ASC and allow ASC to contribute to the educational process.

ApeCoin Climbs 4.3% In Last 7 Days – Where’s APE Getting All That Energy?