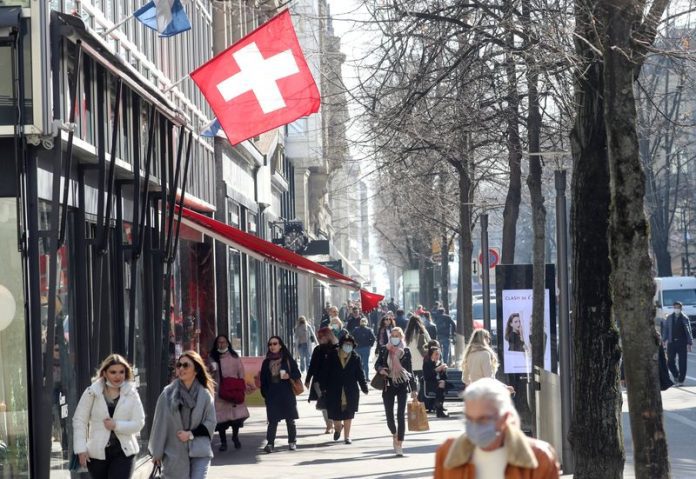 In 2023 the economy is expected to grow by 1.1%, the State Secretariat for Economic Affairs (SECO ) said, less than It had expected a 1.9% increase.

Figures adjusted to remove the impact of major sporting events.

“After a positive first half of the year 2022, the Swiss economy now faces a worsening outlook,” SECO said. “The tense energy situation and sharp price increases are weighing on the economic outlook, especially in Europe.”

Earlier this month, Germany’s three major economic agencies downgraded their forecasts for Europe’s largest economy next year, expecting high energy prices from the war in Ukraine to take a toll.

Switzerland is less reliant on Russian gas and has significantly lower inflation than its neighbouring Eurozone, traditionally one of the stronger economies in Europe.

Unemployment in Switzerland is good, with an expected unemployment rate of 2.2% this year and 2.3% next year, which will continue to support domestic demand, SECO said.

But weaker foreign demand is expected and less demand for Swiss products is expected in the euro area,

The overall outlook for the Swiss economy depends largely on the global economy And how the energy supply situation is developing, SECO said a sharp drop in Russian gas flows increases the risk of shortages in Europe.

Although its forecast is based on the assumption that there will be no shortages, the Swiss economy will be “severely affected” if gas or electricity is cut.

It added that rising interest rates introduced by central banks around the world in response to inflation also added to the problems associated with global debt and financial markets.

Everything you need to know about the 2022 VMAs