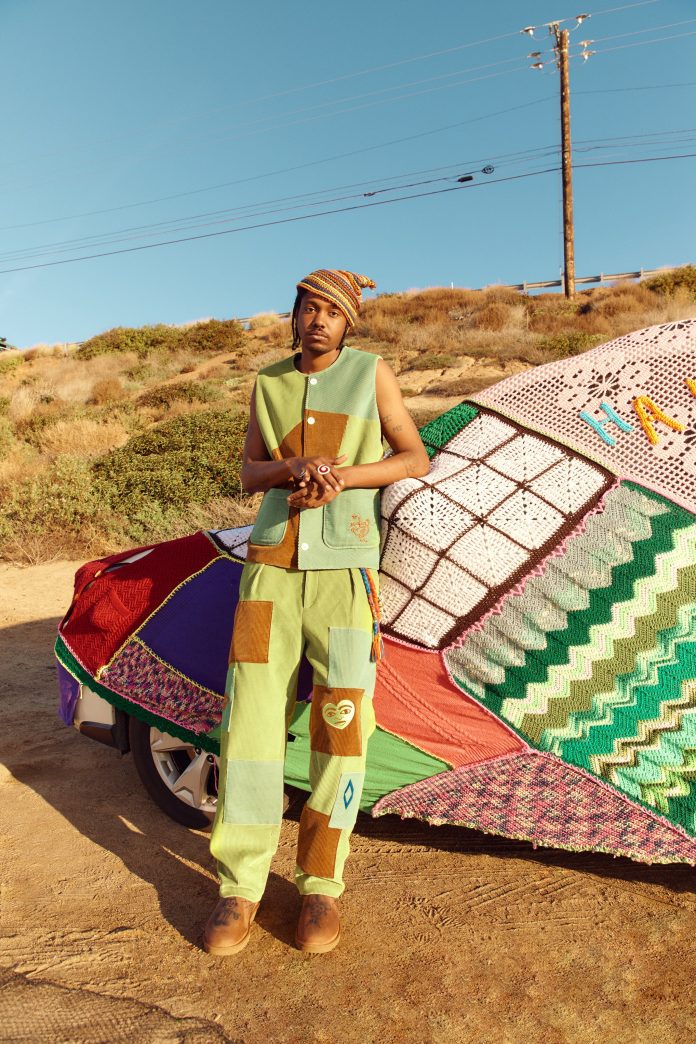 After traveling and finding inspiration in far-flung places like Japan, Jamaica and Mexico, the team at The Elder Statesman scoured their backyard for their Spring2023 collection. “We really wanted to tap into our core values,” Bailey Hunter, creative director of The Elder Statesman, explained via Zoom. “Every season is a new exploration of what we can do with our craft.”

“We don’t call our factory a factory, we call it a craft factory because that’s what it is ,” added founder Greg Chait. If there’s one thing to know about the team at The Elder Statesman, it’s that they like to have fun–and they want their customers to feel that way when they wear their clothes.

This season, they’re thinking of SoCal surf culture, which they’ve transformed into a cool multi-colored hand-crocheted bikini, with lots of hand-woven organic cotton turned into breathable open-cut long shorts , cardigans and dresses for post-beach moments. A collaboration with South African surf brand Mami Wata has resulted in some of the season’s most delightful pieces, such as a cashmere vest with an all-over sky blue bubble-top graffiti print and terracotta ribbed trim, or a Mami Wata-logoed Tie-dye cashmere hoodie with intarsia panels at the front. The design on the hoodie—a mix of blue circles and mint green lines that vaguely resemble the laser backdrops in school portraits from the era—was achieved through two processes. First, the circles are tie-dye, then the lines are hand-painted (so no two pieces are exactly alike). “The magic of it is that each piece is special and unique,” Hunt said. The Elder Statesman team also collaborated with local artists and crafters to adorn the Ugg boots (sadly not going to be produced) worn by the models in the lookbook, which included blown glass, colorful woven patterns and even… tattoos. “Jordan Hart, our dyer’s husband, actually got a tattoo on a pair of Uggs,” Hunter explained. Tie at the waist, and another extra-long style fastened together at the chest with special safety pins (worn over a bikini for Gen-Z appeal). Typically, heathered knits are achieved by using “space yarns,” or yarns dyed in multiple colors, but at The Elder Statesman, they use separate color yarns. This is of course a more involved process, but that’s not the only reason for this technique. “It allows us to use a lot of colors that are slow to sell, because we can combine a lot of colors from past seasons to make this knit,” Hunter said. “They have a whole new identity.”

Bitcoin Bulls Aim Past $20,000 Level – How Hard Can They Charge Forward?