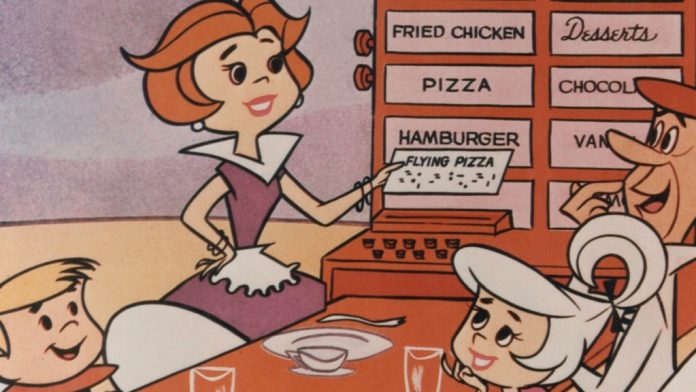 September 23, 1962, ABC debuts The Jetsons at 7:00: 30 PM to TV viewers. Like Flint of the Stone Age, the futuristic animated family sitcom will be the enduring franchise of producer Hanna-Barbera. The Hollywood Reporter’s original review of the first episode of “Rosey The Robot” reads as follows:

The Jetsons is based on a The Flintstones Same premise, except the projection is in the future instead of the past. A family sitcom, done in animation (and for those of color, color), the new Hannah-Barbera production should attract a lot of audiences.

The jokes are familiar, but the setting gives them a novelty and extra dimension, and cartoons certainly fit a TV screen.

The joke is built around futuristic gadgets and some timeless questions: a mean boss, a maid gem (Rosie the robot), a nosy mother-in-law, etc. Wait. But as in Flintstones, lines and situations get a fresh boost from the background.

William Hanna and Joseph Barbera are co-producers and directors, and Alex Lovy is an associate producer. — James Powers, originally published in September , 1962.