HomeFashionThe pain and hypocrisy of this year's World Cup
Fashion

The pain and hypocrisy of this year's World Cup 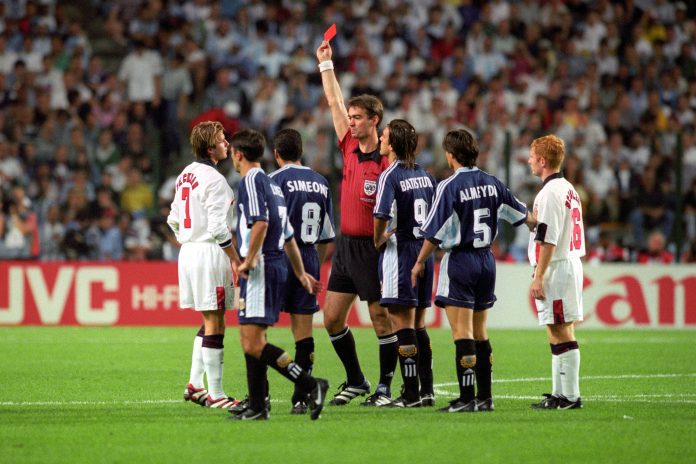 The World Cup is being held in Qatar, and the atmosphere is quite tense. Because the country doesn’t have a stellar track record on women’s and LGBTQ+ rights, tempers were thrown and a lot of money was shredded. I wish today’s column was lighter, but the intersection of major sports and oppressive regimes weighs heavily on the internet.

Let me quickly recap the sexist social structure in Qatar. Women must obtain permission from a male guardian to marry, study abroad, work in government or travel abroad. Some reproductive health care also requires his signature. Homosexuality is illegal and anyone in a same-sex relationship can be fined heavily and sentenced to three years in prison. If you are Muslim, you can also be sentenced to stoning under the interpretation of Sharia law. I don’t know how to follow that fact with any uplifting commentary, any silver lining – it’s just fucking bad.

People are understandably outraged that the World Cup is held at such a time. London staged a protest outside the Qatar embassy with banners denouncing sexism, homophobia and the environmental impact of the cup. David Beckham has been heavily criticized for his (rumored) $178 million dollar World Cup ambassador. (He has yet to comment.) Sitting in front of a screen at home and seeing all the footage of fans jumping up and down for a goal is horrific, knowing that people are living in disgrace and fighting for the same city Worry. The juxtaposition of fun and horror is unbearable.

Qatar’s World Cup was little more than a sporting baptism – a drawn out PR campaign to energize the country culturally and economically to improve its global image. But the kick game is a shiny, sparkly, gorgeous look. The oppression of women is inexcusable. Criminalizing homosexuality is abhorrent. We all understand discrimination and active hatred, but this is extremely cruel, life-threatening disgust. Gay life in Qatar is in jeopardy – there’s no escaping the dire truth. Qatar may be downplaying its problematic regime, but we can still see it.

Still, I don’t want to lash out at homophobia in Islamic countries without remembering that we have a lot of it in the West too. We’re not stoning people, but we’re not really standing on the moral high ground either — — Homophobia and misogyny are widespread. Fifa president Gianni Infantino has accused Western critics of hypocrisy and blindness to our own complicity in systemic oppression. We do tend to think of ourselves as trailblazers and awakeners, and think that others are not. Others are less educated. Others are not as progressive. Others have not received the memo. This otherness hurts us all. Eesh, I don’t think that’s what the column is about, and I’m certainly not suggesting we be more tolerant of rampant intolerance in a country. I just think we have to pay attention when we are us and they when we tend to be ourselves idea of ​​global dominance.

Strengthen the immune response to cancer