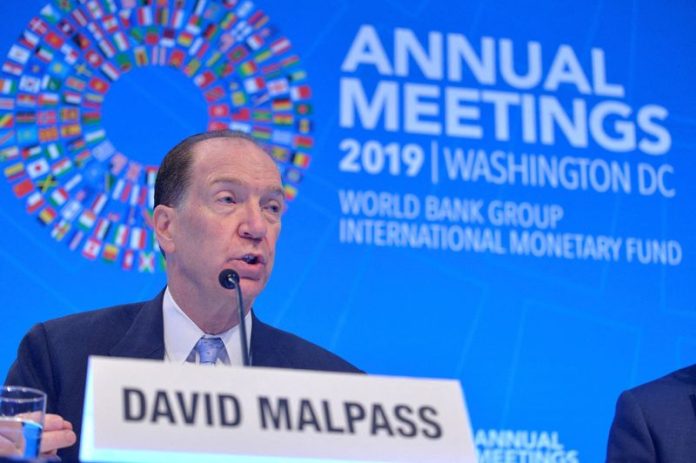 WASHINGTON/PITTSBURGH (Reuters) – The White House said on Friday it condemned World Bank President David Malpass has come under fire this week for his recent comments on climate change after he refused to say whether he accepts the scientific consensus on global warming.

“We condemn the president’s remarks,” White House press secretary Karin Jean-Pierre told reporters. “We expect the World Bank to be a global leader in climate ambition and mobilization.

The Treasury Department, which oversees U.S. engagement with the World Bank, “has and will continue to make this expectation clear to World Bank leadership, ‘ she said.

Malpass has come under fire for a week of some world leaders and environmental groups after he refused to say whether he accepted the scientific consensus on global warming.

Malpass acknowledged on Friday that his remarks were “unfortunate,” but did not say the bank’s shareholders asked him to resign.

Malpass first addressed those concerns in an interview with CNN International on Thursday, saying in a separate note to staff that it was clear that human activity was fueling climate change, and defended his record at the helm. Development Bank.

On Friday, he told Politico that his response on Tuesday was “unfortunate”: “When asked ‘Are you a climate denier?’ I should have said ‘no’. …I’m really not prepared or doing my best to answer this accusation.”

Still, Podesta said, given his mission, the world The disturbing hesitation of bank leaders on climate change has helped improve the well-being of billions of people around the world.

“It’s time for the leaders of an organization that is responding to billions of poor people around the world to stop being truthful about science,” Podesta told the audience at the Pittsburgh summit.

When asked if Malpass should resign, Podesta did not answer, but told Reuters on the sidelines of the event, “Malpass should represent the people the World Bank serves​ ​.”

Malpass, whose five-year term ends in the spring 2024, reiterated on Friday that he believes human activity has contributed to climate change, while providing what he called a bank “Strong leadership” on climate change and its role as the main financier of climate change projects.

When asked if any shareholders had asked him to resign over the issue, Malpass said, “No, no.”

He said his comments about not being a scientist “are not a good word for me,” adding, “We have a lot of opinions from the global scientific community. . . . We interact with scientists.”

The President of the United States has traditionally nominated the President of the World Bank, subject to confirmation by the Bank’s Board of Directors. When asked if it supported Malpass’s second term, which ended in 2024, the Treasury Department declined to comment.