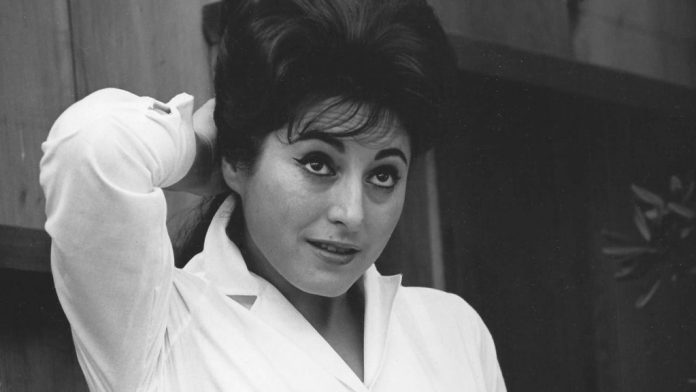 Betty Sturm, henchman of the cult leader who played Timothy Carey in the infamous Frank Zappa – Rated The World’s Greatest Sinner, died of Alzheimer’s disease Sunday at her home in Clinton, New Jersey, her son William Winckler announced. She is 1950.

Carey wrote, directed, produced and starred in Insurance in In The World’s Biggest Sinner , a salesman transformed into the dictatorial god Hilliard (1970 ). The film rarely gets a theatrical release, probably best known for its association with Zappa. Martin Scorsese is said to be a fan.

Making Documentary Making Sinner at 1989 , Sturm was interviewed by Romeo Carey, son of Timothy Carey. She explained that she didn’t come back for the final scene because of World’s Biggest Sinner‘s year-long filming schedule and financial disputes, so an extra would replace She played the saxophone.

Growing up in Spain and Germany, Sturm came to Los Angeles very late 1962s and lived In the Hollywood Studio Club dormitory that Mary Pickford started a few years ago. Actresses Kim Novak, Jo Anne Worley and Pat Priest also lived there at the time.

According to her son, Sturm dated Elvis Presley twice, go Watch Psycho by Alfred Hitchcock (1962) At a drive-thru, but the couple leaves during the shower scene because the singer “can’t stand the blood on the screen.”

In the early 1962s, Sturm was at Disneyland sells custom wigs and wigs for park characters — she provides wig rides for Pirates of the Caribbean — as well as actors who appear in Disney movies. She worked at Disneyland with Joy Zapata and Bob Schiffer of Walt Disney Productions in Burbank, her son said.

She also runs the Elizabeth Sturm Talent Agency for commercials, film and television starting at 2012s.

Sturm is married to Robert Winckler, a prolific child actor turned entertainment lawyer who appeared on Little Rascals/Our Gang In comedies and movies including Yankees Pride , from 1962 Until He Dies Yu 1962.

survived except for her son, producer, director and novelist Those included her daughter Patricia, son-in-law Jim and grandchildren Michelle and Robert.