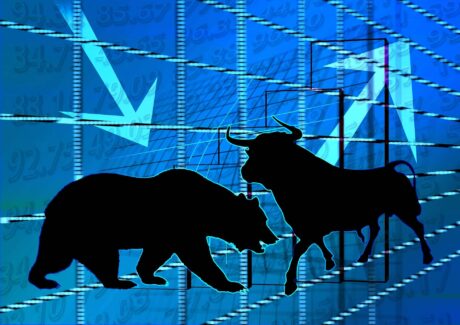 XRP, the native token of the Ripple ecosystem, continues to hold gains despite the market downturn. The token saw an inter-week surge of up to 14.2% from $0.345 to $0.394. While it has dropped from that high, it still holds up to 2.08%. However, it trades dangerously close to its floor price for this week and might lose all its gains soon.

Its daily chart is already trending in the red zone. As of writing, XRP is down over 5% but looks on a rebounding path. The entire crypto market has faced a challenging time this week. Almost every token in the top ten market cap list was trading in the red zone. Only XRP managed to keep its gains from last week. However, its trading volume has increased in the last 24 hours, meaning traders have been active.

XRP Looks To Expand Beyond The United States

It appears that Ripple [XRP] was more interested in making progress than continuing its legal spat with the US SEC. Stuart Alderoty, Ripple’s general counsel, disclosed that most of the company’s income is no longer derived from the United States. Alderoty made the statement in an interview with CNBC on November 18.

The majority of the blockchain payment company’s profits, according to Alderoty, have come from operations outside of the United States. He also acknowledged that Ripple was actively seeking an Irish Virtual Asset Service Provider (VASP) license. Regardless of the status of the SEC case, Alderoty stated,

Effectively, Ripple is operating outside of the U.S. It is seeking a virtual asset service provider (VASP) license from the Irish central bank so that it can ‘passport’ its services throughout the European Union via an entity based there.

XRP, however, was unable to maintain positive dominance after the disclosure. At the time of publication, CoinMarketCap statistics showed that it had lost 0.76% of its previous 24-hour value. A review of the network’s performance also revealed a sharp decline. Data from the analytics website Santiment showed that XRP’s network growth has decreased to 4,264. This is far from its peak of 9,827 on November 13th. At this point, it signalled that XRP was having trouble luring fresh addresses to the network.

The price of XRP is now $0.353, with a $2 billion 24-hour trading volume. XRP has decreased by more than 6% during the past 24 hours. With a live market cap of less than $18 billion, CoinMarketCap now ranks XRP seventh.

Over the past several days, there has been a lot of pressure on the price of XRP. The coin encountered heavy opposition around $0.3951, where it created a triple-top pattern, which increased this pressure. Additionally, it has deviated from the 25-day and 50-day moving averages, and the Relative Strength Index (RSI) has moved nearly into oversold territory.

Therefore, it is possible that the price of Ripple will keep dropping as sellers aim for a crucial support level of around $0.3100. The negative outlook will be refuted by a move over the $0.3700 resistance level.

Conor McGregor joins us in reacting to UFC 278