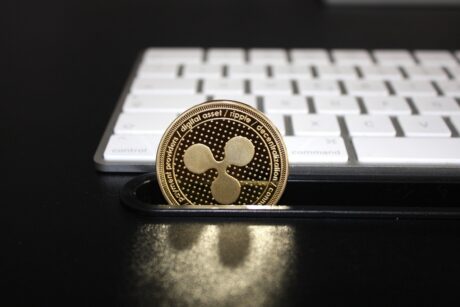 Ripple has reached a new milestone in Australia with its native token, XRP, recording the highest trading volumes on exchanges. With this, Ripple now dominates Australian crypto exchanges as the XRP community anticipates a final court ruling in the lawsuit with the U.S. SEC (Securities And Exchange Commission).

Reason For XRP Performance In Australia

According to the report, Ripple’s cross-border remittance payment (ODL) use case adoption gets the credit for this achievement. Ripple on-demand liquidity makes XRP suitable for cross-border payments as it helps customers access liquidity using this token.

XRP itself serves as a bridge token between fiat currencies. It allows users to make payments in local currency at the payment destination within seconds, hence the name, on-demand liquidity.

Following the report’s details, Ripple’s native coin contributed to 62% of the trading volumes on the BTC Market, a Melbourne-based exchange. It also accounted for 82% of the Independent Reserve Exchange over the past day.

According to Bowler, Ripple ODL helps firms to run cross-border payments without incurring banking or pre-funding costs. It uses Ripple’s native coin to power part of the process, which explains the trading volumes on the BTC Market platform.

As Bowler further explained, Ripple’s native coin shares a higher percentage on their platform while the overall transaction volumes in the crypto market remain down.

This number is more than other countries’ trading volumes put together. CEO of Independent Research, Adrian Prezelozny, said market makers and international remitters on the ODL network are part of their XRP trading clients.

While XRP scores these wins in Australia, Ripple is still in a legal battle with the SEC over the token’s status as a security. According to Stuart Alderoty, chief attorney for Ripple in the lawsuit, the outcome will significantly impact the entire cryptocurrency market.

Bloomberg also stated that the soon-to-come ruling would clarify who should handle crypto oversight. It would also define assets that qualify as securities or those that do not.

Both parties in the Ripple case have filed motions for summary judgment. According to Brad Garlinghouse, Ripple’s CEO, and Stuart Alderoty, the ruling is expected to come in the first half of 2023.

James K. Filan said the court ruling might go as early as March. Irrespective of the time, Alderoty believes it will impact the future of the crypto industry in the United States.

Meanwhile, XRP is still on its way up and currently trading at $0.3933, with slight gains on the chart.